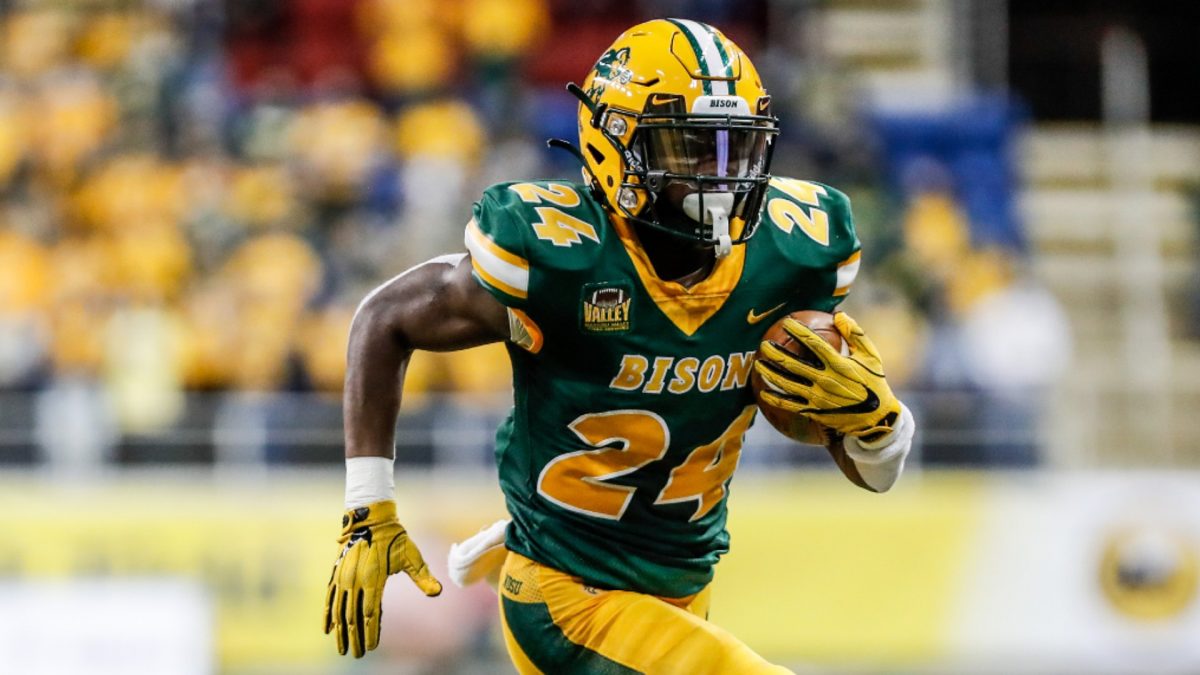 FARGO, ND – Sophomore running back Kobe Johnson rushed for a career-high 114 yards and a touchdown to lead No. 1-ranked North Dakota State to a 25-7 victory over Youngstown State in the Missouri Valley Football Conference opener for both teams Sunday, Feb. 21.

Redshirt freshman Jalen Bussey added 43 yards and two touchdowns for the Bison, who improved to 2-0 on the season with their 39th consecutive victory. NDSU is on the road for its next two scheduled games Feb. 27 at Southern Illinois and March 6 at Missouri State.

Senior quarterback Zeb Noland made his first NDSU start and went 9 of 18 passing for 74 yards. Eight players made catches for the Bison with senior wide receiver Cole Jacob leading the way with four targets and three receptions for 28 yards.

Johnson’s 15-yard TD run late in the first quarter capped a nine-play, 63-yard drive and kicker Jake Reinholz ran in the two-point conversion for an 8-0 Bison lead. Reinholz tacked on a 28-yard field goal in the second quarter to give the Bison an 11-0 lead before halftime.

Bussey scored his second TD from seven yards out with 7:10 left in the game. The Bison forced a punt on YSU’s next possession and kept the ball for the final 3:59.

A crowd of 6,578 was on hand for the game at Gate City Bank Field at the Fargodome. Seating was limited to 50 percent of capacity up to 9,500 fans due to the coronavirus pandemic.