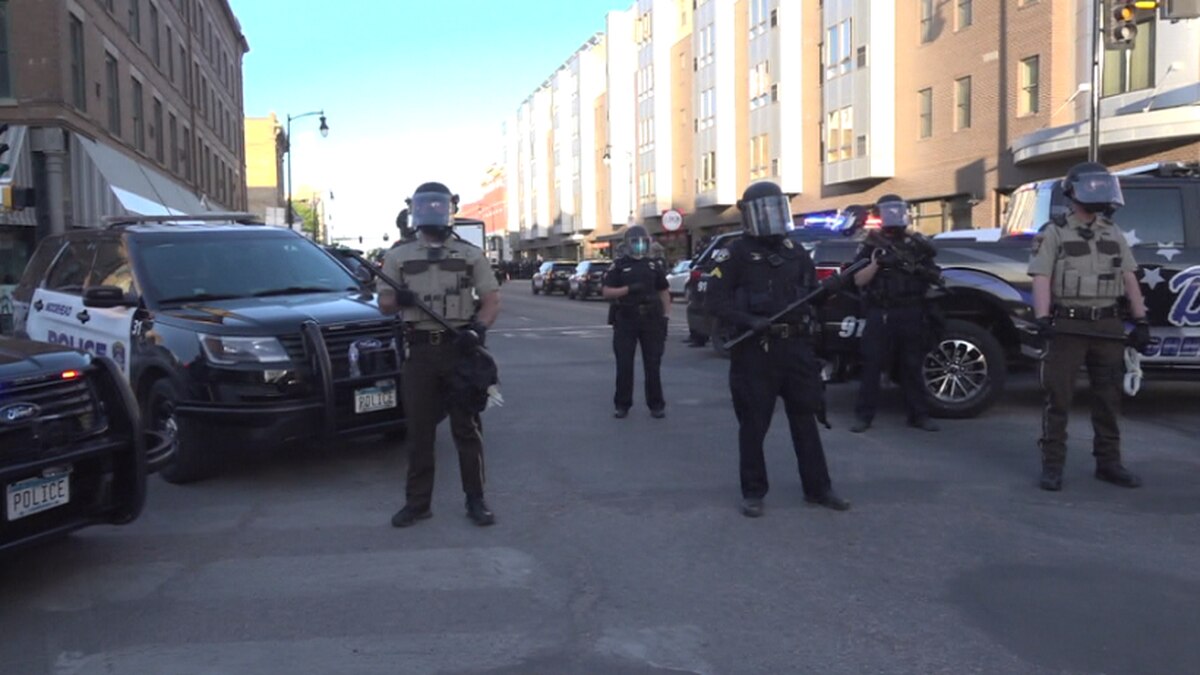 FARGO, N.D.  – A Moorhead man has been sentenced to serve two years in federal prison for his involvement in the Fargo riots in May 2020.

The U.S. Attorney’s Office says the protest turned violent when some people, including Montanezage, jumped on top of an occupied Fargo Police vehicle and caused extensive damage to it. Montanezage also provoked other protestors to become violent and destructive.

Law enforcement officers were injured and the riots caused thousands of dollars in damages to businesses in downtown.