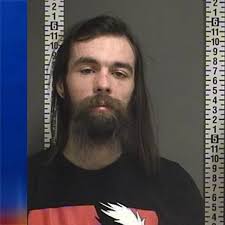 He dropped the machete, but Fargo Police say a man then punched an officer.

Police were called to the 1000 block of 45 St. S. Wednesday night on a report of a fight in the middle of the street.

When an officer arrived, he went to detain Talon Parisien.

The officer then saw Talon had a large machete. The officer ordered him to step away from the weapon.

Talon stepped away from the machete, but resisted the officer and punched him in the face.

Police say during their investigation they found out that Talon had robbed a nearby store, and when confronted by staff, Talon threatened the staff with the machete.

Talon was arrested for Robbery, Assaulting a Police Officer, and Preventing Arrest.

The officer was treated for his injury and returned to full duty.

Fargo Police looking for missing teen and her baby