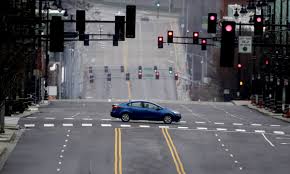 A man who plotted to bomb a Missouri hospital during the coronavirus crisis was killed during a shooting this week after he went to pick up what he thought was a vehicle rigged with explosives, not knowing he was doing so as the FBI looked on, federal authorities revealed Wednesday.

In a news release, the FBI said Timothy Wilson, 36, was the “subject of a months-long domestic terrorism investigation, which revealed him to be a potentially violent extremist, motived by racial, religious, and anti-government animus.” Authorities said in the release that Wilson had planned to commit a bombing and – because of the pandemic – “decided to accelerate his plan” to use a vehicle bomb to attack a hospital.

The FBI said Wilson “had taken the necessary steps to acquire materials needed to build an explosive device,” though it did not detail what those steps were. Wilson, it seemed, was under the watchful eye of law enforcement.

The FBI said in the release that its Joint Terrorism Task Force “kept close track of Wilson in order to protect public safety,” and authorities were apparently prepared to take him into custody when he came to pick up what he thought was a bomb-laden vehicle in Belton, Missouri. The FBI said Wednesday that there “was no actual bomb” but declined to provide any other details.

The FBI described what happened next as an “agent-involved shooting” but declined to say whether Wilson was shot by an agent or someone else or whether he killed himself.

“The FBI takes any shooting incident involving our agents seriously,” the agency said in a statement. “In accordance with FBI policy, the shooting incident will be investigated by the FBI’s Inspection Division.”

The FBI often investigates terrorism suspects using sting operations – setting them up with agents who pretend to be aiding their plots to glean intelligence. Efforts to reach Wilson’s family were not successful Wednesday night.