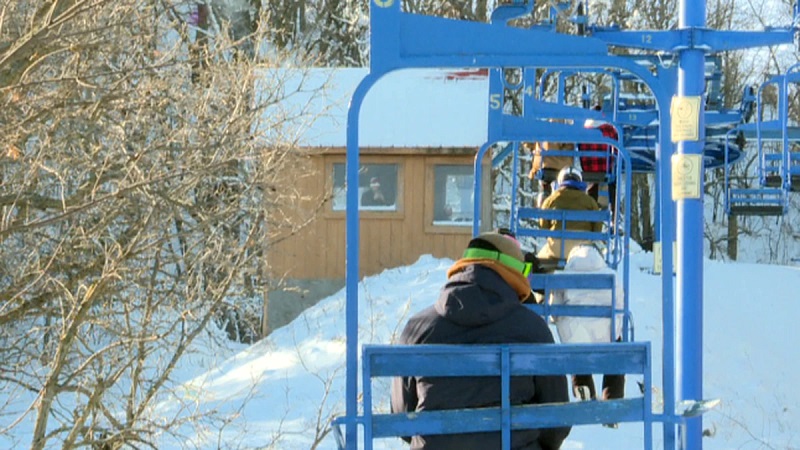 Mandan, North Dakota – This weekend, hundreds of skiers and snowboarders visited Huff Hills to mark the resort’s 30th year in business. This was also the earliest opening ever due to the blizzard and freezing temperatures this month.

Simply because it runs in their family, skiing is very popular in North Dakota, especially among Scandinavian Americans. The Old Norse term “skio” (pronounced “SKEE-OH”), which means a split piece of wood, is where the word “ski” first appeared. The earliest ski, which goes back to more than 4,000 B.C., was found in Sweden. and it was first employed for transportation. Snowboarding emerged in Vermont and Michigan in the 1960s and 1970s. Today, everyone enjoys the multibillion-dollar industry.

Today’s temperatures in the 20s allowed for many skiers and snowboarders to enjoy the outdoors, especially so early in the normal season.

“It was pretty good,” said snowboarder Tait Geiger. “There is a lot of fresh powder up here, and I’m here with some friends so it’s been fun. I think we’re going to stay until closing today.”

Two ski lifts that will transport you to some of your favorite runs, including expert and novice tracks, are already operational (Tait recommends the Buffalo Jump). Beginners can also access The Bunny Hill.

Before you’re prepared to hit the slopes, you need to understand more. There are on-site ski and snowboarding classes, so don’t worry.

On Wednesday, Taylor Aasen will return to Huff Hills to discuss the new additions as well as the old favorites that have made a comeback.

For Thanksgiving weekend, North Dakotan drivers can take advantage of a $10 discount on Lyft rides