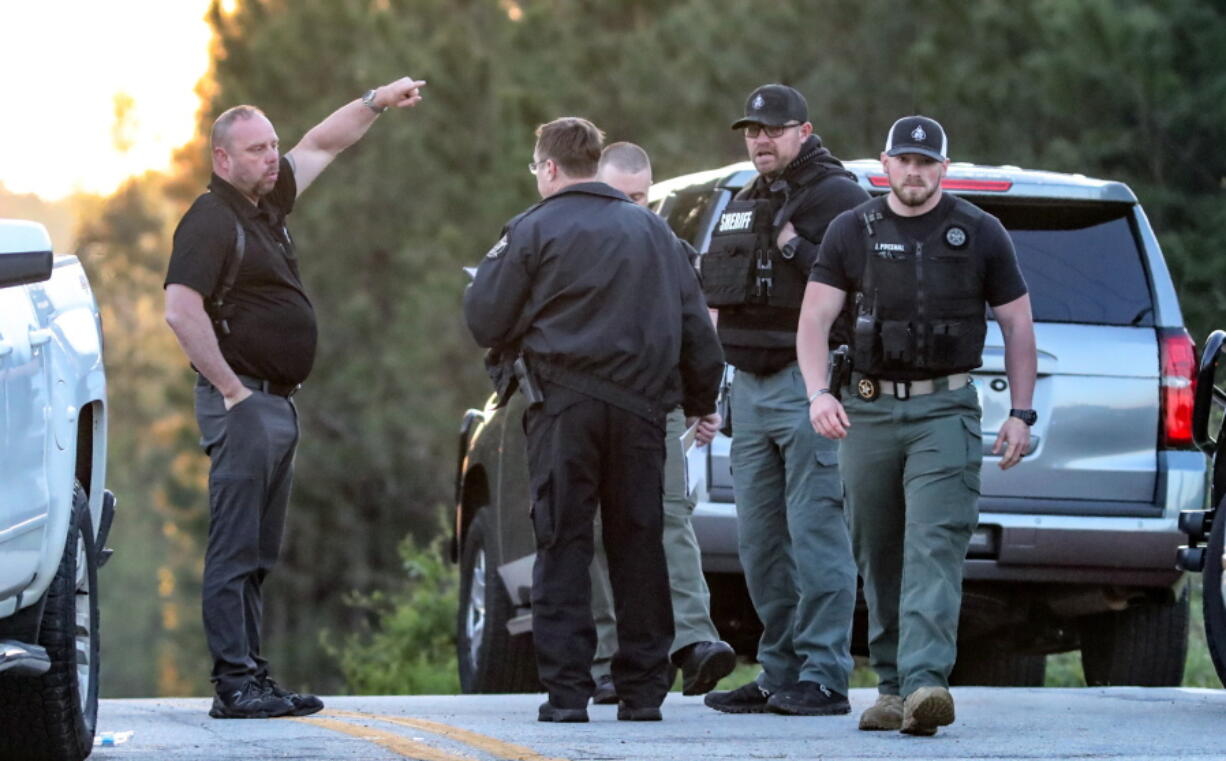 VILLA RICA, Ga. — Three Georgia police officers were shot and wounded as they pursued two cousins from Alabama in a high-speed chase that ended early Monday with one cousin shot and killed and the other in custody, authorities said.

A Georgia State Patrol trooper clocked a Nissan Sentra going 111 mph (179 kph) on Interstate 20 and initiated a traffic stop around 3:30 a.m., Georgia State Patrol Capt. Brandon Dawson said. The driver initially stopped but took off again as the trooper approached the back of the car.

The trooper pursued the car and bumped it to try to stop it but the driver of the car regained control, Dawson said. When the trooper tried to bump the Sentra again, a passenger used a rifle to fire at the patrol car and hit it, taking it out of action, according to a Georgia Bureau of Investigation news release.

The driver of the Sentra continued to flee, going through the city of Carrollton, where local police officers joined the chase. At some point, a passenger leaned out and fired a shot into a police vehicle, hitting Carrollton Police Sgt. Rob Holloway, Carrollton Police Chief Joel Richards said. The officer lost control of his vehicle and hit a utility pole. Other officers stopped to help him.

The driver of the Sentra continued on at a high rate of speed and Villa Rica police officers pursued the car down a side road, Villa Rica Police Chief Michael Mansour said. The Sentra then crashed near an elementary school in Villa Rica and two men ran from the vehicle, the GBI release says.

As officers searched for the two men, shots were fired at them around 5 a.m. and 5:30 a.m., the GBI said. Villa Rica Police officer Chase Gordy returned fire and was shot twice, the GBI said. Carroll County Sheriff’s Deputy Jay Repetto was also shot in the arm, Sheriff Terry Langley said.

One of the men from the Sentra was shot and killed by officers at the scene and the other was taken into custody “after a negotiation” and was being held in the Carroll County jail, Langley said.

“It could have been a lot worse, and we’re thankful and we pray for the speedy recovery of those officers,” Langley said.

Holloway and Gordy were taken to Grady Memorial Hospital in Atlanta, while Repetto was treated at Atlanta Medical Center and released, the GBI said.

The two men in the Sentra were cousins from Birmingham, Alabama, the GBI said. The man taken into custody was identified as 22-year-old Aaron Jajuan Shelton. He is charged with three counts of aggravated battery and five counts of aggravated assault. His cousin, 28-year-old Pier Alexander Shelton, was killed at the scene.

The GBI did not immediately say which cousin was driving the car.

The law enforcement agencies involved asked the GBI to do an independent investigation.