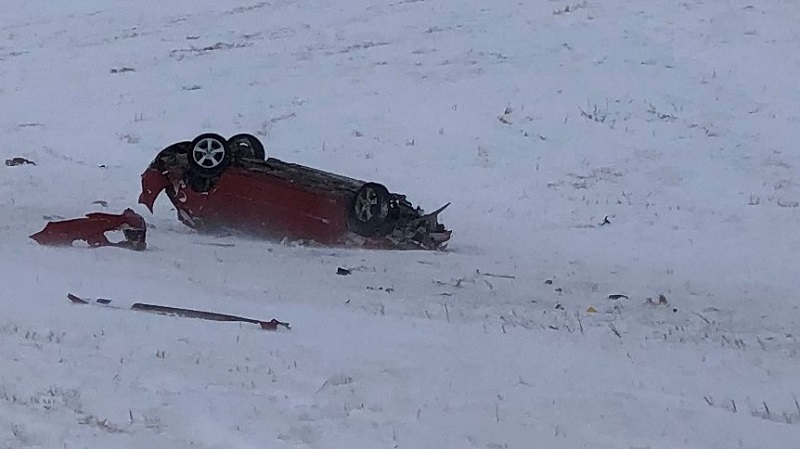 Valley City, North Dakota – After a rollover accident two miles west of Valley City on Thursday afternoon, a guy from Valley City was gravely hurt and is now being charged with DUI.

According to the North Dakota Highway Patrol, William Smith, 30, was traveling too fast for the road conditions as he neared Interstate 94 on Barnes County Road 22 and lost control of his vehicle on the slick, snow-covered road just before 2:30 p.m. The vehicle veered off the road, soared through the air, and then rolled numerous times before coming to rest on its roof.

Smith was ejected from the vehicle while not wearing a seatbelt, suffered serious but not life-threatening injuries, and was transported by EMS to CHI Mercy Health in Valley City.

According to the Highway Patrol, Smith is accused of DUI and failure to exercise reasonable care.