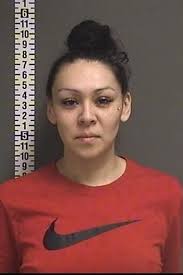 Fargo Police have arrested Terin Rene Stately, 32, on murder charges after she allegedly stabbed her boyfriend.

Police say they were called to a disturbance around 3:30 a.m. Saturday morning in the 1600 block of 33 Avenue South.

When officers arrived they found a man with a “serious stab wound.”

The man was identified as Keanen Joseph Poitra, 27, from Fargo. Poitra was taken to a local hospital where he was pronounced dead.

According to police they immediately detained Stately, Poitra’s girlfriend, and after investigation placed her under arrest for murder.

10pm curfew has been ordered for Downtown Fargo