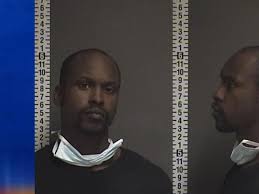 A second man was charged with murder for a shooting that happened in north Fargo in what police describe as a drug deal gone bad.

Lee Arthur Fry Jr., 29 pleaded not guilty to several felonies on Tuesday, including murder, according to court records.

Fry was allegedly inside a maroon Buick sedan on Tuesday, May 12 when several gunshots were fired near the northport Hornbacher’s, killing 39-year-old Antoine Lamont White of Fargo.

According to police, Fry was sitting in the backseat next to White and suffered a gunshot wound.

Police said Fry and Reng Ayong, 21, were selling methamphetamine to White and Darrell Simmons, 28 at the Hornbacher’s parking lot.

Investigators determined an altercation happened inside the Buick between White and Fry and Ayong.

The vehicle was reported stolen out of Dilworth and had stolen plates.

Simmons admitted to police he stepped out of the vehicle before the shooting occurred to get a bag from the trunk.

The car then began driving erratically and crashed near the intersection of 7th Ave N and 25th Ave, according to court documents.

Police said Ayong was driving the vehicle while Fry was seated next to White in the rear passenger seat.

Fry and Ayong reportedly exited the vehicle armed with handguns and ran away from the scene.

According to court documents, Fry was caught a few feet away from the vehicle with an apparent gunshot wound and counterfeit money.

Police recovered both handguns, which are suspected stolen.

White’s body was located in the backseat riddled with bullet holes. He also had $400 in cash and a small amount of meth, according to police.