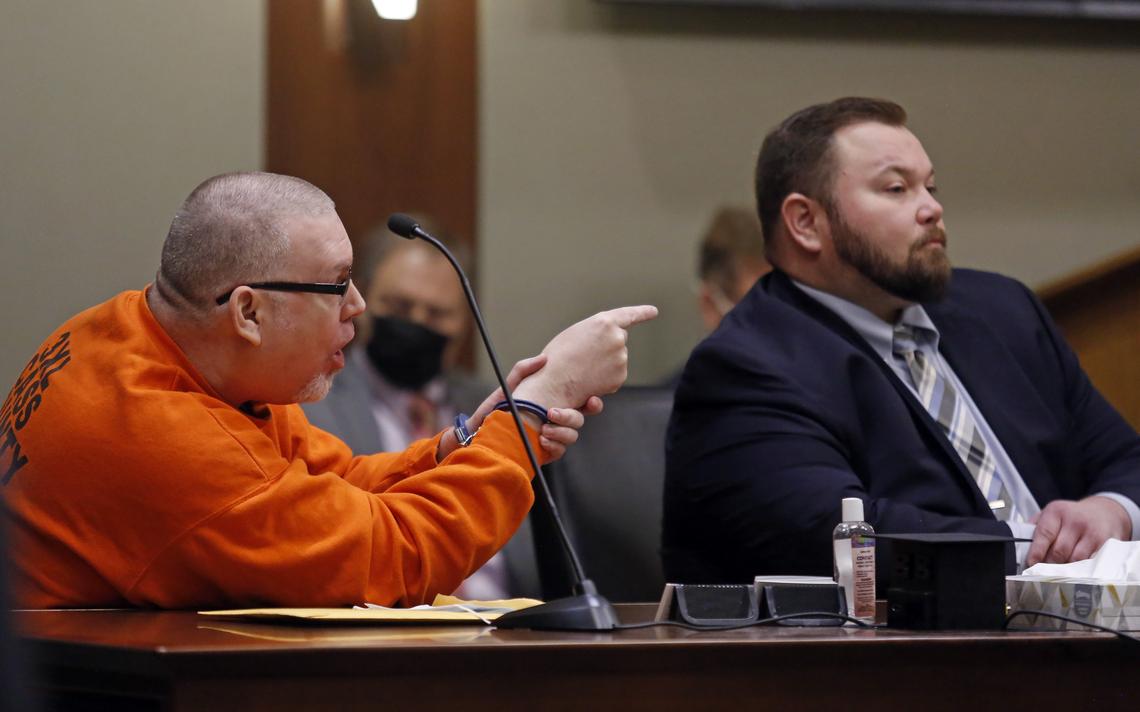 FARGO — A Fargo man convicted of killing his ex-girlfriend and trying to cover up the murder by setting his apartment on fire has been sentenced to life in prison.

Cass County Judge Tristan Van de Streek on Monday, May 10, granted prosecutors’ request to give Sheldon George Davis, 47, no chance for parole for the fatal beating of 52-year-old Denise Anderson in mid-2019. Some attendees in the court gallery clapped as the judge sentenced Davis.

A jury convicted Davis on felony charges of murder, arson and endangering by fire or explosion in March after prosecutors said he killed Anderson at his attic-level apartment at 417 12th St. N. in downtown Fargo. Authorities responding to the fire found Anderson dead on Aug. 1, 2019, with severe trauma to her head and body.

It’s likely she was killed late July 31, 2019, or early Aug. 1, 2019, with a broken skillet found at the apartment, a medical examiner said during the trial.

Anderson reported to police in the weeks leading up to her death that Davis had sexually assaulted and stalked her, as well as vandalized her car. Though Davis was never charged for those allegations, prosecutors theorized to jurors that Davis killed Anderson to prevent her from testifying against him in those cases.

“In this case, Ms. Anderson suffered a brutal attack, an attack that was filled with an extreme amount of rage,” Grand Forks County Deputy State’s Attorney Carmell Mattison said.

Davis also set fire to his apartment in an attempt to cover up the murder, prosecutors said. Grand Forks took over prosecuting the case after the Cass County State’s Attorney Office declared it had a conflict of interest.

The defendant has denied all of the accusations, including killing Anderson. At trial, he claimed another person was responsible. He also claimed his attorney, Jared Gietzen, and prosecutors conspired against him in order to get a conviction.

“I’m not sorry for something I didn’t do,” Davis said.

Nicholas Berlin, son of Denise Anderson, walks back to his seat after speaking at the sentencing of Sheldon Davis in Cass County Court on Monday, May 10, 2021. David Samson / The Forum

Davis did not testify at trial, nor did the defense present evidence to refute the state’s case. Davis claims video evidence showing Anderson and him having a good time at bars the night of her death proves he had no motive to kill her.

The state is not required to prove a motive, though prosecutors did offer one in this case.

Anderson’s son, Nicholas Berlin, said hearing that Davis would spend the rest of his life in prison lifted a big weight off his shoulders. Berlin said he fears if Davis is allowed out of prison, the felon will hurt another woman or possibly come after Berlin and his 4-year-old son.

“I feel better knowing he isn’t getting out,” Berlin told The Forum.

The fact that Davis has expressed no remorse shows he is still trying to get away with the crime, Berlin said.

Van de Streek called the crime bloody and gruesome. The judge informed Davis of his right to appeal.

Davis said he plans to fight the conviction.