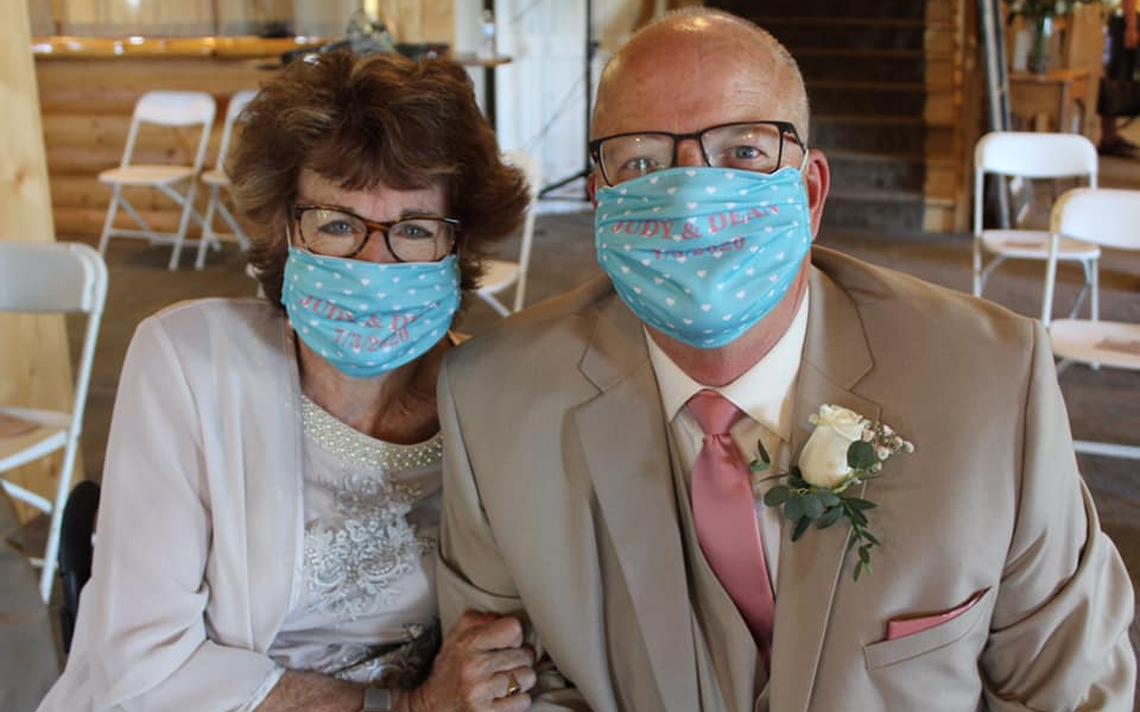 FARGO — Summer weddings have looked different during the pandemic, but near Dunvilla, a couple’s day of saying “I Do” is one made for the movie studios.

It’s a story that started more than 30 years ago. It has tragedy, twists and turns, then finally a trip down the aisle.

She has become a fixture in the region. Retired paralympian Judy Siegle is a motivational speaker active with HOPE Inc. and a leader in women’s ministry who has collected and delivered wheelchairs around the world.

Now, Judy gets to add newlywed to that list.

Judy and her husband, Dean Aamodt, got married earlier this month at The Barn at Dunvilla.

“He just embraced my world. He said, ‘you have a beautiful life and I don’t want to change that, but if love can enhance that life and I can be a part of that, that might be nice,'” recalled Judy.

While the two are newlyweds, they first dated 40 years ago when a car accident changed everything.

A drunk driver hit the car Judy and Dean were in. The accident left Judy paralyzed, and not long afterward, the couple broke up.

Judy went on to college and made ministry and speaking her career. Dean recently finished teaching. He was North Dakota’s Teacher of the Year in 2015.

Then, decades after their last date, Dean called Judy for another chance.

“I was so nervous,” he said. “Making that phone call to her, (I was) like a teenager, uncertain about pressing that last number.”

“You say what you think, and he said ‘I would like to date you’ and I said ‘wow, we have to start this as friends,'” Judy said. “Forty years have passed, essentially.”

Cut to a year later, after a proposal and small wedding, and both felt that the time was right 40 years later.

Now, it’s games of cribbage and movie watching for the newlyweds. So many years have gone by that both feel such renewal and, in Judy’s word’s, “restoration.”

“God doesn’t lead us down paths that are not good for us. I can’t believe this; it is so cool,” Judy said.