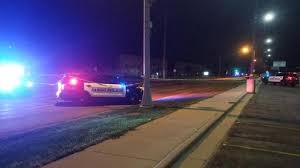 The Moorhead Police Department responded to the 1000 block of 40th Avenue South at approximately 2:20 a.m. and found a vehicle crashed in the ditch.

A witness told police the vehicle was driving on the sidewalk before going in the ditch. The driver initially left the scene of the crash, but returned when police were there.

After an investigation, police arrested 21-year-old Jordyn Schmidt for 3rd degree DWI. No one was injured during the crash.