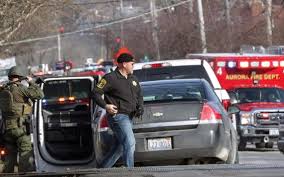 During his court appearance, it became known that Steven Ralph Lindblad had been indicted on the charges of interstate communication of a threat to injure persons and false information and hoax for an incident that occurred on August 15, 2019.

Authorities say Lindblad made a call to his cell phone service provider and said he had explosive materials and threatened a mass shooting.

The incident is being investigated by the Federal Bureau of Investigation. Lindblad is presumed innocent until proven guilty.