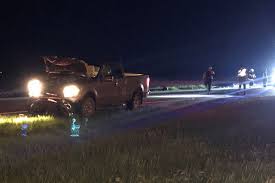 No one was injured when a pickup truck struck a Fargo home early Sunday morning.

According to Fargo Police, they were called to the home at 3500 Woodbury Park Drive around 2:15. Officers found a pickup that struck a home causing significant damage to both the home and pickup.

The driver was identified as 25-year-old Leighton Wellentin of Fargo.

He was under the influence of alcohol and had a preliminary BAC of .28 which is over three times the legal limit.

Wellentin was arrested for DUI and booked into the Cass County Jail.