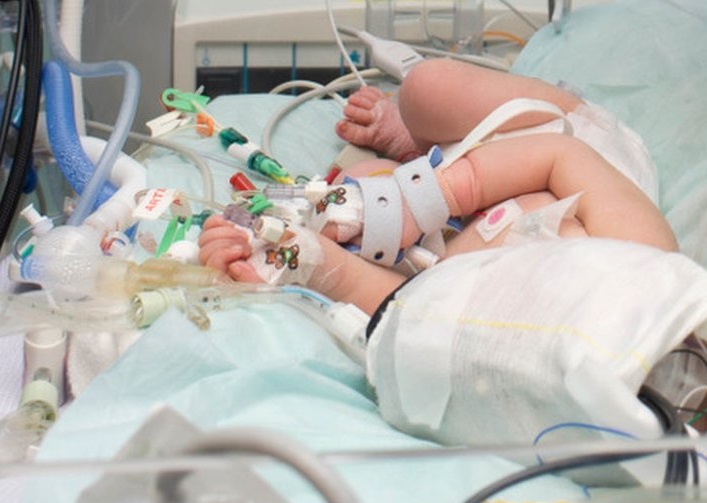 Many people who get married are looking forward to have children because they are the most beautiful thing in the world, something that make us happy and constantly motivates us to be better day by day, simply, they are a gift from God.

But some people can not control their anger and do terrible things, and in those moments driven by their anger, they are not aware of who they are hurting, whether it is their parents, spouses or children.

Such a case, unfortunately, happened recently, where one father was taken into custody because he allegedly injured his 3-month-old baby who, like most babies, could not stop crying at night.

The 20-year-old Tyler L. D. of Minnesota was accused of intentionally assaulting his 3-month-old baby on August 30.

The 20-year-old Tyler and his wife took the baby to an emergency room in a hospital for treatment of injuries on August 27.

After doctors and nurses at the hospital determined severe injuries to the baby including a bitten tongue, a broken collarbone, bruises on his body, and bruising on his chin and jaw, which indicate that the baby was a victim of assault and abuse, they immediately reported the case to the police.

Authorities were immediately sent to the hospital. Upon arrival, police officers first spoke to doctors and nurses who were evaluating the baby’s injuries.

While interviewed, doctors and nurses said that the baby was brought to the hospital by his parents with apparent injuries all over his body, including an injured tongue, an injury that may occur when the mouth is forcibly shut causing the baby to press his tongue between gums, bruising of the jaw and chin consistent with fingerprints, broken collarbone and bruises on the body.

The nurses then took the officers to the baby’s parents, but only the mother was in the hospital and Tyler had already gone home.

Police began questioning the mother and she persistently denied that the baby had been intentionally injured, but when confronted with evidence from doctors and pressured, she allegedly admitted that a few nights while the baby was crying, Tyler was furious because the baby woke him up and shut its mouth so violently that even the bed shook.

Investigators then went to Tyler’s house to question him also, like his wife previously, and he denied the baby was abused by them. He also denied his wife’s allegations of shutting the baby’s mouth forcibly. Tyler also said he assumes the baby had been injured by falling from a bouncer off the bed and even took the officers into the bedroom showing them the bouncer. After a while, he admitted of forcibly shutting the baby’s mouth in the past.

Since none of them provided reasonable explanations for the baby’s injuries, Tyler was arrested and charged with with three felony counts of third-degree assault for causing substantial bodily harm, having a pattern of child abuse and assaulting of a victim under 4; and a fourth felony count for malicious punishment of a child.

Until the case is resolved, the baby is placed on a protective hold.

Tyler’s next court hearing is set for September 24.

Suspect who fired shots over the weekend in downtown Fargo arrested