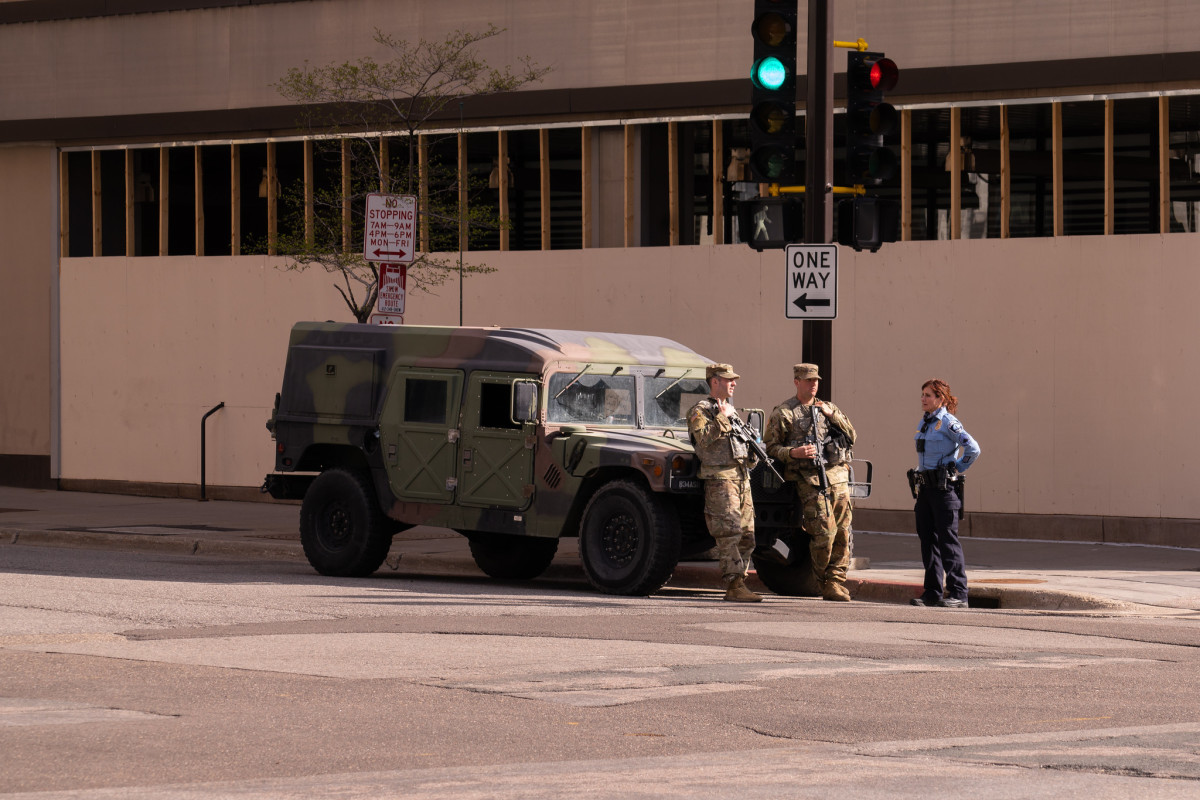 Andrew Thomas of Minneapolis was charged Monday, April 19, with one count of possessing a firearm as a felon, according to a criminal complaint filed in U.S. District Court.

Thomas is scheduled to make his first appearance before a judge on Tuesday. He has not been charged with firing the shots that injured the soldiers.

No attorney was listed for Thomas in court documents.

A team of four soldiers was sitting inside their military vehicle at the corner of Penn and Broadway avenues about 4:20 a.m., when someone in a light-colored SUV fired multiple shots at them, according to the criminal complaint.

One bullet went through the vehicle’s windshield, injuring two of the soldiers. One was taken to a nearby hospital to be treated for injures from broken glass, while another was treated at the scene for superficial wounds.

Images of the suspect vehicle, which were captured by nearby video cameras, appeared to show an early 2000s gold or tan Ford Explorer with heavily tinted windows and a black bike rack on top, along with several other distinguishing features, the complaint said.

Later that evening shortly before 10 p.m., Minneapolis police on patrol saw a 2002 gold Ford Explorer matching the description of the suspect vehicle near Sixth Street and Cedar Avenue, according to the complaint.

The officers followed the vehicle and pulled it over in a parking lot on Bloomington Avenue South. Inside were Thomas, who was driving, and a juvenile, who told officers Thomas had a gun in the car, the complaint said. Thomas is the Explorer’s registered owner.

After obtaining a warrant to search the vehicle, officers found a semiautomatic 9mm pistol, a .22-caliber revolver, a partial box of .357-caliber ammunition and two pistol magazines, along with two spent shell casings, according to the complaint.

Minneapolis police test-fired the 9mm handgun, and a preliminary ballistics analysis indicates the tool markings it left on spent shell casings match those found at the scene of the shooting of the National Guard vehicle, the complaint said.

DNA and fingerprint analysis of the pistol are also being conducted.

Thomas, who has a previous felony conviction on his criminal record, is prohibited from possessing a firearm.