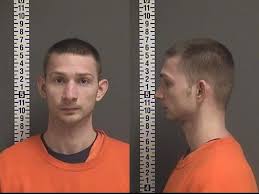 MOORHEAD, Minn.  – Bond has been set at $1 million without conditions, or $500,000 with conditions for a Barnesville woman accused of killing a foster child in her care.

Prosecutors say the young boy was “blue and lifeless” and had multiple bruises on his face, head and body when Anderson brought him to the Fargo Sanford emergency room last week.  A doctor estimated that the boy’s body temperature was 82 degrees and that he would have been dead for about 40 minutes before he arrived.

The Minnesota Dept. of Human Services temporarily suspended Anderson’s license to provide child foster care.  The agency says that the health and safety of children in Anderson’s care “are in imminent risk of harm.”

Anderson remains in the Clay County jail in Moorhead.  Another court appearance is scheduled in June.