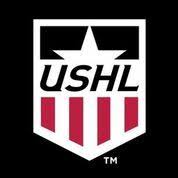 CHICAGO, Ill. — The United States Hockey League (USHL), the only Tier I junior hockey league in the United States, announced Tuesday that it has targeted Friday, November 6 as the start of the 2020-2021 season. Under the plan, teams will play 54 regular season games between November 6, 2020 and April 24, 2021.

Players are scheduled to arrive in market over a four-week period beginning September 14 with preseason games targeted to begin in mid-October. All activities are designed to take place in accordance with local, state and federal guidelines as well as the League’s Return to Play Protocols which are currently being finalized.

The regular season schedule allows for flexibility for games to be moved to the back of the schedule due to postponements, capacity restrictions, or other factors.

“We have created a plan to bring players to our markets and in order to safely begin development and ultimately competition,” said USHL President and Commissioner Tom Garrity. “Should conditions change, this plan will allow our league the flexibility to react to new circumstances, and we will adjust accordingly.”

The plan was formulated in consultation with all USHL Member Clubs. The league expects to announce the release of its 54-game regular season schedule in the coming weeks.