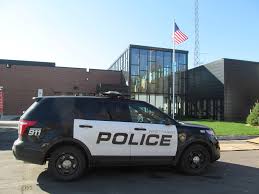 FARGO – Fargo police have determined that a propane tank found downtown near a natural gas line was not connected to suspicious activity associated with the George Floyd rally.

A property manager discovered the tank Friday morning in an alley near NP Avenue.  The tank was removed by police.  It was locked to the gas line with a bicycle lock.

Fargo police spokesperson Jessica Schindeldecker says police “have no reason to believe” the tank was placed there in connection to the rally.  She says the tank may have been at the location for a week or more.