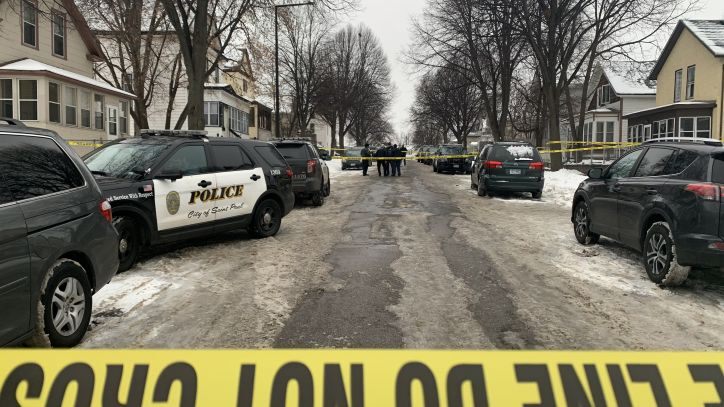 Saint Paul investigators are searching for a person or people responsible for a deadly shooting that occurred yesterday afternoon in the Payne-Phalen neighborhood.

Officers were called to the home on the 700 block of Jessie Street just after 3 p.m. When officers arrived they were met out front by the 911 callers who said people were injured inside.  Officers went into the home and found three people suffering from apparent gunshot wounds. Saint Paul Fire paramedics pronounced two of the victims deceased on scene. The third, a juvenile male, was transported to Regions Hospital and died of his injuries a few hours later.  Homicide investigators are working to determine who was there and what led to the shooting. The department’s Forensics Services Unit will be processing the scene with the hope to find physical evidence.
“This is a senseless tragedy that’s left us all heartbroken—as police officers, as human beings, as members of the community,” said Saint Paul Police Chief Todd Axtell. “Moments like this are hard and painful. But maybe our city can take a small sense of comfort knowing that their officers are out there working as hard as they can—like they always do—for the victims, for their family, and for everyone who cares about our community. And the investigators and officers will continue to work around the clock until they find the person responsible.”
Related Topics:
Up Next