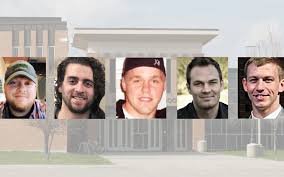 FARGO  – Police have noted a rise in overdoses the past two weeks, with heroin the suspected drug.

There have been six overdose calls since Mar. 28. One person died. Patrol officers and narcotics detectives are investigating.

Fargo officers carry Narcan, which can reverse the effects of an overdose and there is immunity for anyone who remains on the scene and assists police and other first responders.