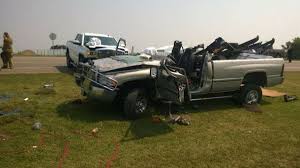 One man is dead following a rollover crash in McHenry County where the man was thrown from his vehicle and then pinned under it.

Authorities say it happened on Wednesday, Jan. 27 around 6 p.m. near Towner when a vehicle hit the ditch, vaulted over an approach and rolled. That caused the man to be partially thrown from his vehicle and then pinned underneath.

The crash report says the man was pronounced dead at the scene.

The North Dakota Highway Patrol say he was a 51-year-old man from Karlsruhe, ND. His name is expected to be released at a later time.