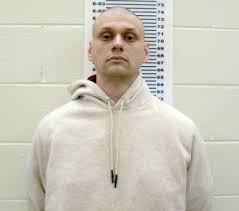 FARGO – Fargo police arrested a man after he threatened multiple people with a knife, stole a vehicle, and crashed twice on Tuesday.

Officers responded to the 700 block of 6th Avenue North at approximately 4:25 p.m. for reports of a man who threatened to stab someone in order to obtain car keys.

Shortly after, officers received reports of a crash by University Drive South and I-94 towards Moorhead where a Clay County Sheriff’s Office deputy had performed a pit maneuver and was able to take the man into custody.

Thirty-year-old John Thomas Poitra was arrested on charges of robbery threat/weapon, terrorizing, aggravated endangerment and fleeing in a motor vehicle.

Poitra was also charged with possession of a stolen vehicle and bringing stolen goods into the state by the Clay County Sheriff’s Office.