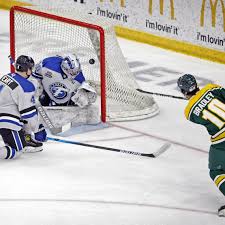 FARGO, N.D. — The Fargo Force came into their series with the Sioux City Musketeers winners in four of the last five meetings.

Friday night, it was the Force coming out with the early first period before having to come down from three goals in the third period to force overtime and gain the eventual win.