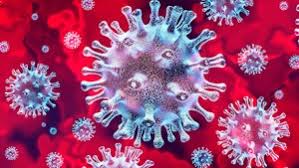 The North Dakota Department of Health Wednesday announced the new variant strain of the Coronavirus first detected in the United Kingdom was identified by genomic sequencing in positive specimens from two individuals in the state. Both cases were identified by the NDDoH Public Health Laboratory.

The results were confirmed on Tuesday, with one individual recently returning from domestic travel before becoming ill and the second individual being a close contact of the first. Both were interviewed by contact tracers at the time their initial positive results were received and close contacts were identified.

One additional case is suspected to be the UK variant and is currently under investigation.

“Surveillance testing for the variant has been ongoing at the North Dakota Public Health Lab and in collaboration with other diagnostic laboratories,” said Dr. Christie Massen, Public Health Lab Director. Surveillance consists of genomic sequencing on portions of COVID-19 positive specimens.

“This variant strain is thought to be more contagious which reinforces the importance of continuing to wear a mask, physical distancing, staying home when you’re sick, getting tested, and quarantining when you’ve been exposed to someone who has tested positive,” said Kirby Kruger, Disease Control Director for the NDDoH. “Getting the vaccine when it’s your turn is another great way to prevent the spread of the variant strain.”

Preliminary studies have shown that the COVID-19 vaccines currently in use are effective against the UK variant strain.

This variant strain of the virus was first detected in the United Kingdom in September 2020 and has been found in numerous countries around the world, including the United States. To date, the Centers for Disease Control and Prevention has reported 1,173 cases from 41 states.