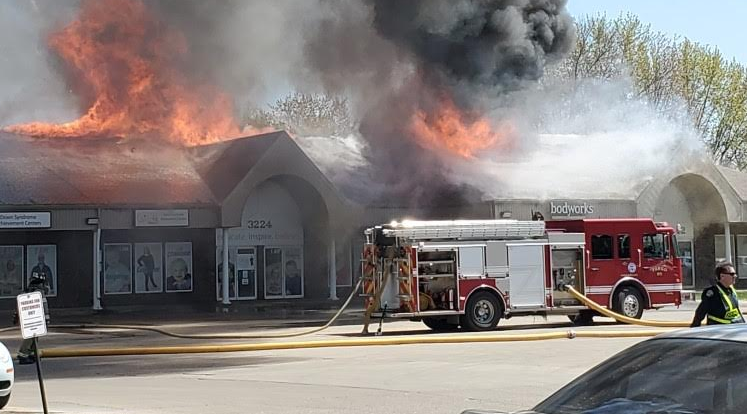 FARGO, N.D.  — Fire has caused extensive damage at a strip mall in Fargo.

The three-alarm fire broke out in Bodyworks Physical Therapy Tuesday afternoon and spread to Gigi’s Playhouse which serves individuals with Down syndrome, according to authorities.

Fire officials said a firewall between Gigi’s and another business slowed the fire from spreading further. Damage beyond the firewall was limited to a mechanical room.

According to officials, the blaze burned through the roof at the two businesses and caused heavy water damage elsewhere.

Crews from West Fargo and Moorhead, Minnesota were also called to the fire.

Fargo fire officials said one firefighter suffered a minor injury, but no civilians were hurt.