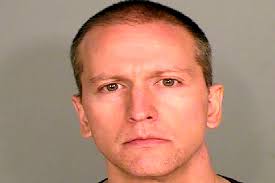 The former Minneapolis police officer charged with murdering George Floyd, Derek Chauvin, will be allowed to leave the state of Minnesota while awaiting trial under bail conditions amended to reflect concerns over his safety.

Hennepin County Judge Peter Cahill said in a court ruling made public on Friday that he had been presented with “evidence supporting safety concerns that have arisen in the pretrial conditional release supervision” of Chauvin.

Cahill ordered that Chauvin, 44, should establish residency somewhere in Minnesota or “a contiguous state as soon as possible” and report that to the officer assigned by the Minnesota Department of Corrections to oversee his release.

The order means that Chauvin can live in North Dakota, South Dakota, Iowa or Wisconsin as he awaits a trial not scheduled to start until next year.

Earlier this week Chauvin posted a conditional $1 million bond, which restricted him from leaving Minnesota.

Cahill said Chauvin’s address would be shared with the local police and sheriff’s office of wherever he chooses to live, and within law enforcement agencies on a “need-to-know basis.”

Chauvin, who is white, has been charged with second- and third-degree murder and manslaughter in the May 25 death of Floyd, a Black man, after he kneeled on his neck for nearly nine minutes. Videos of the incident set off nationwide protests over police brutality and racism.