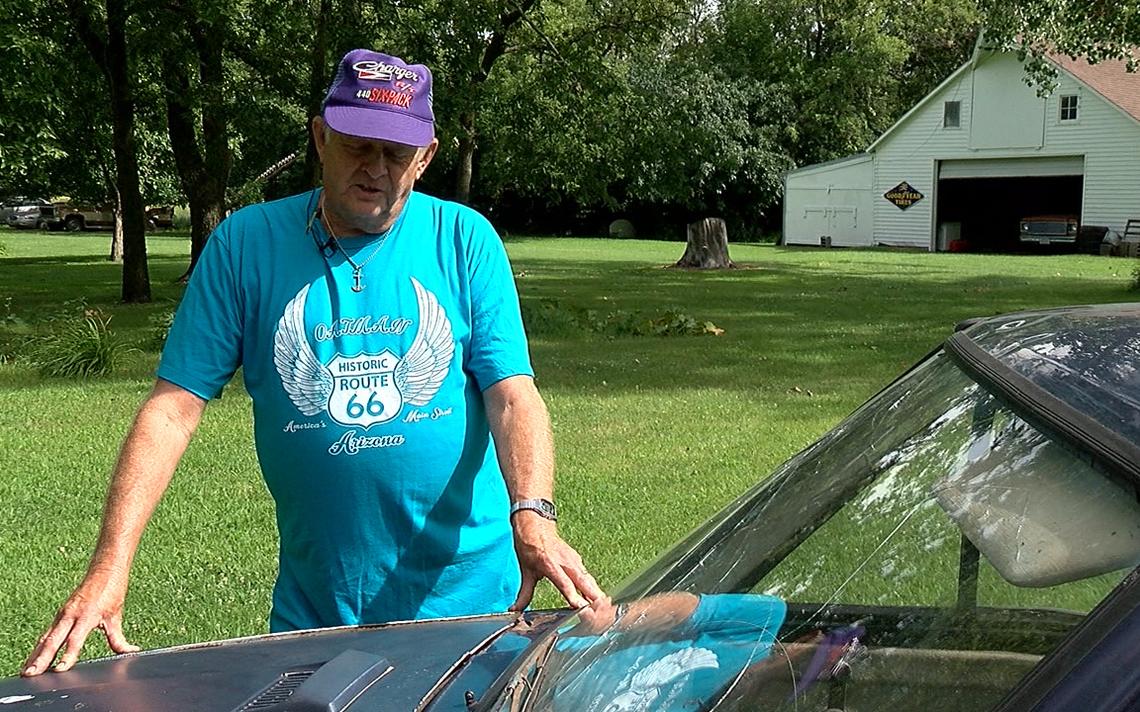 COLFAX, N.D. — A classified ad is taking a unique approach to selling a used car — by saying it’s the worst automobile ever to hit the shores in America.

Built in Yugoslavia, the Yugo is described as the biggest lemon in car manufacturing history. Lynn Mickelson, of Colfax, who owns a 1988 Yugo, is using this bit of trivia as a unique tongue-in-cheek method of trying to get rid of his old car.

” I didn’t tell any stories, no lies. It is a rare European car — notice I didn’t say European sports car,” Mickelson joked.

Mickelson knows cars and isn’t shy about repeating the Yugo’s often maligned reputation and lack of respect in the car world.

“I guess I got it 15-18 years ago from a guy who wanted it out of his hair. It was such a piece a junk,” Mickelson said.

Mickelson took out the classified ad and said this Yugo needs the right home — for parts if nothing else, as the car doesn’t run.

The inside of the car is very basic, even for one that’s over 30 years old.

“Very basic car, and people knew because of the low price, they weren’t expecting a lot of extra features on it,” Mickelson explained.

The Yugo has a lot of quirks. While missing from Mickelson’s car, under the hood is a spot where the spare tire is usually kept. The spare tire is actually bigger than the motor itself.

Sometimes people feel nostalgic and want to own a car famous during their high school years. Well, Mickelson is still waiting for that person to call.

It is tough to find parts for these cars since the Yugo factory was bombed in the Kosovo war in 1999. However, if you are interested in Mickelson’s Yugo, you can contact him at 701-372-3860 or email moparnut@rrt.net.