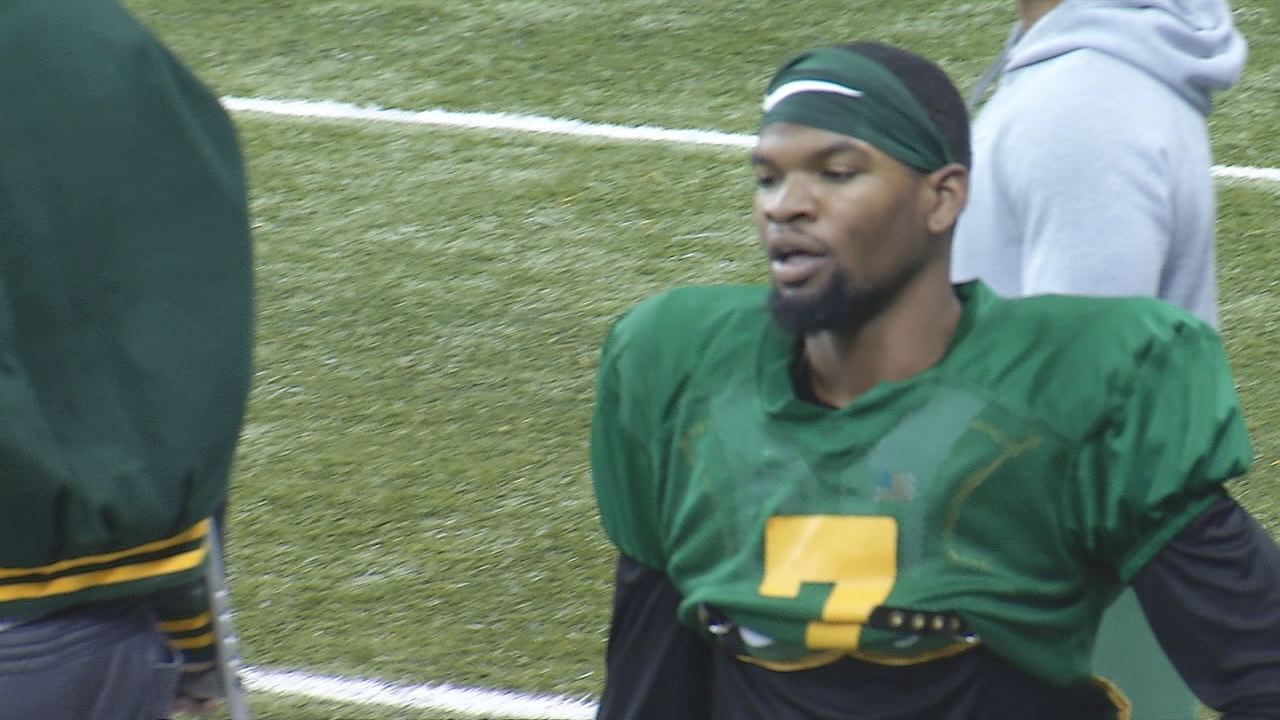 FARGO, N.D. — North Dakota State football received some hopeful news this morning with no further positive COVID tests in the program. Making this Saturday’s game at Northern Iowa more likely to get played.
However, if the the Bison do take the field it’ll be without a key player on defense.

Cornerback Josh Hayes has left the program and plans on entering the transfer portal for his final year of eligibility.

Head coach Matt Entz met with Hayes saying the reasons were unbelievable as to why. Reasons that included the chance of playing at an FBS school closer to the senior’s hometown of Lakeland, Florida and having a two-year old kid living there who he barely gets to see.

“He sees other guys in our league opting out right now and getting offers from power five. I’ll tell you what, I think josh is the best corner in the league, so you take it for what it’s worth,” Entz said. “You take that a step farther and he saw one of our former players Jabril Cox go to LSU. Jabril was a fourth or fifth round draft pick when he was at NDSU and no is a top 60 kid. Josh in his mind, a highly competitive individual says why can’t that be now? Good question. Josh has a two-year-old daughter back in florida. He’s seen her for a total of 60 days since he’s been here and so it was time to have the conversation with his family about the time to get closer. Try to be able to be around his daughter more. Said every time he goes home, has to introduce himself as dad.”

If an FBS school comes calling, Hayes will be the third former Bison to land at one since 2019 joining Cox at LSU and Adam Cofield at Western Kentucky.

Hayes played in 52 games and was a second-team all conference selection in 2019.