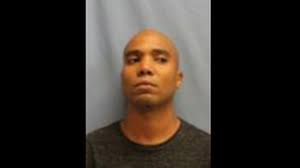 BISMARCK, N.D.  – A Fargo man is accused of kidnapping two victims and taking them to Kimball Bottoms to kill them.

The victims told Bismarck Police they had gotten in an argument with 29-year-old David Pryde early Saturday morning.

According to police, Pryde threatened the two victims with a knife and told them to get in his car where one of the victims was told to drive to Kimball Bottoms.

One of the victims was able to call the police.

Officers located the car via cell phone ping near North 17th Street and pulled it over.

Police found the knife and other drug paraphernalia on Pryde.

He is charged with kidnapping, aggravated assault, three counts of possession of a controlled substance and unlawful possession of drug paraphernalia.