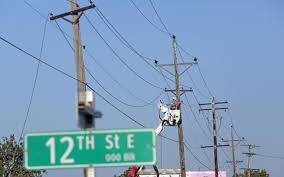 The rate increase would impact Xcel Energy’s 96,000 electric customer across North Dakota. As proposed, the request would add up to a 10% increase in consumer’s monthly bill.

In the interim, Xcel Energy has made $10 billion in capital additions which has led to a more “robust and reliable” system as well as a “diverse mix” of energy generation, the company’s rate increase request stated.

Another driving force behind the requested rate increase has been what the company termed “growth constraints,” which Nisbet said are due to the state’s Territorial Integrity Act, which was passed in 1965. The law designates a utility provider to a given geographic area to avoid duplication of service.

The result has been limited growth in North Dakota’s largest urban area. “In Fargo, Cass County Electric Co-op tends to be getting most of the new electric growth out in the new additions. That falls almost entirely to Cass County Electric,” Nisbet said. “What that means for us is we’re not adding enough new electric customers to continually hold the cost down. In some cases, you can go longer without a rate increase if the new customers are helping share the cost of additional infrastructure and upgrades.”

Nisbet added that increased consumer awareness of the benefits of energy efficient options such as using LED lightbulbs has also restricted revenue growth. “In general, people are more aware that it’s in their best interest to try to reduce their electricity load,” he said.

The Public Service Commission will review Xcel Energy’s case and verify its calculations, a process Nisbet said could be “somewhat lengthy.” The rates would remain in place until a potential future request.

“The Public Service Commission in North Dakota is an elected body, so they have a responsibility to our customers — their citizens — to make sure this regulatory compact is working,” Nisbet said.

Amy Liberkowski, Xcel Energy’s Director of Regulatory Pricing, said while the request is pending, the utilities provider will also ask the Public Service Commission to allow an interim rate hike. The interim rate would be slightly lower than the originally requested rate increase.

“If they end up approving an amount that would be lower than we ask for, the interim rates are subject to refund,” she explained. “We would refund customers for anything we had collected that was above what the commission finally approved.”

Focus on renewables
With an eye towards an 80% reduction in carbon emissions by 2030 and 100% carbon-free electricity by 2050, a major focus of Xcel Energy’s system investments have been in its renewable energy. “We’re moving towards an ever-increasing amount of renewable energy,” Nisbet said.

Over the past five years, the firm invested $1 billion in wind generation in North Dakota. The state’s wind farms have produced 600 megawatts of power over the past decade. Last year, wind power accounted for 15% of Xcel’s energy generation.

Additionally, Xcel’s Prairie Island and Monticello nuclear plants have been the “backbone” of Xcel’s system in recent years, Nisbet said.

“Even though our nuclear plants are in Minnesota, we have the benefit overall of helping keep reliability strong and keeping our rates affordable,” he added.

Though coal and natural gas — both sources of carbon emissions — combined to provide 56% of Xcel Energy’s power in 2019, nuclear power accounted for 28% of production, making it the company’s single-largest source of power generation.

According to Nisbet, Xcel Energy has managed to keep rates low despite the company’s investments in improving the system and growing movement towards renewables.

While the rate increase request may ultimately lead to larger bills for consumers, it doesn’t come without benefits, Nisbet remarked.

“The real benefit to the customer is we’re a stable utility that they can count on for reliable electric service and still be a strong supporter of the community and the areas where we work, live and do business,” he concluded.