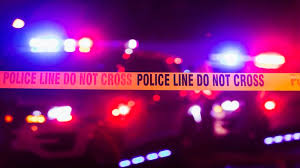 WATFORD CITY, N.D. -North Dakota State Troopers say a toddler died and a woman was left with life-threatening injuries after a tragic series of events on Monday night in Watford City.

First, troopers say Otis Roberts, 50, was moving his truck into his driveway on Meadowlark Court when a two-year-old boy walked by the front bumper. It was at about 8:00 p.m.

Troopers say the child was accidentally hit and dragged under the truck. An ambulance took him to McKenzie County Healthcare Systems where he was pronounced dead. Investigators are looking into the incident and say possible charges may be pending against Roberts.

Then, while responding to that incident, a deputy for the McKenzie County Sheriff’s Department was involved in a crash that seriously injured the other driver.

Deputy Zackary Moran, 30, had lights and sirens on while going through the intersection at 4th Ave NE and 12th St NE in Watford City just after 10 p.m. Investigators say he had a red light and another driver, a 34-year-old woman from Fargo, had a green light. Their cars crashed, sending the woman into the ditch. She was flown to Trinity Hospital in Minot for life-threatening injuries.

Moran had minor injuries. As troopers investigate this crash, they say possible charges may also be pending.

RedHawks Get Win No. 4 Behind Big 4-Run Inning