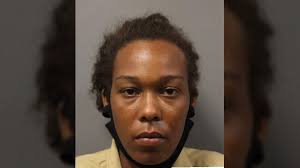 The indictment says Paige Howling-Wolf had custody of five children in Parshall on the Fort Berthold Reservation.

Last June, law enforcement and medical personnel responded to a call of an unresponsive infant. A nine-month-old was found dead. The child died from chronic starvation.

The remaining children were removed from the home. Medical examinations revealed that three of them had been exposed to methamphetamine.