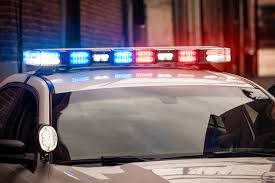 A woman has been arrested for a shooting at a Fargo motel.

According to police, officers were called to Motel 6 early Wednesday morning on a report of a domestic dispute involving a man and woman.

A 32-year-old woman shot at a man in the hallway of the motel, but did not hit him, police said. The woman then walked out to the parking lot and was arrested.

She was booked on charges of aggravated reckless endangerment, possession of stolen firearm and marijuana possession. She also has an arrest warrant for a home invasion burglary.