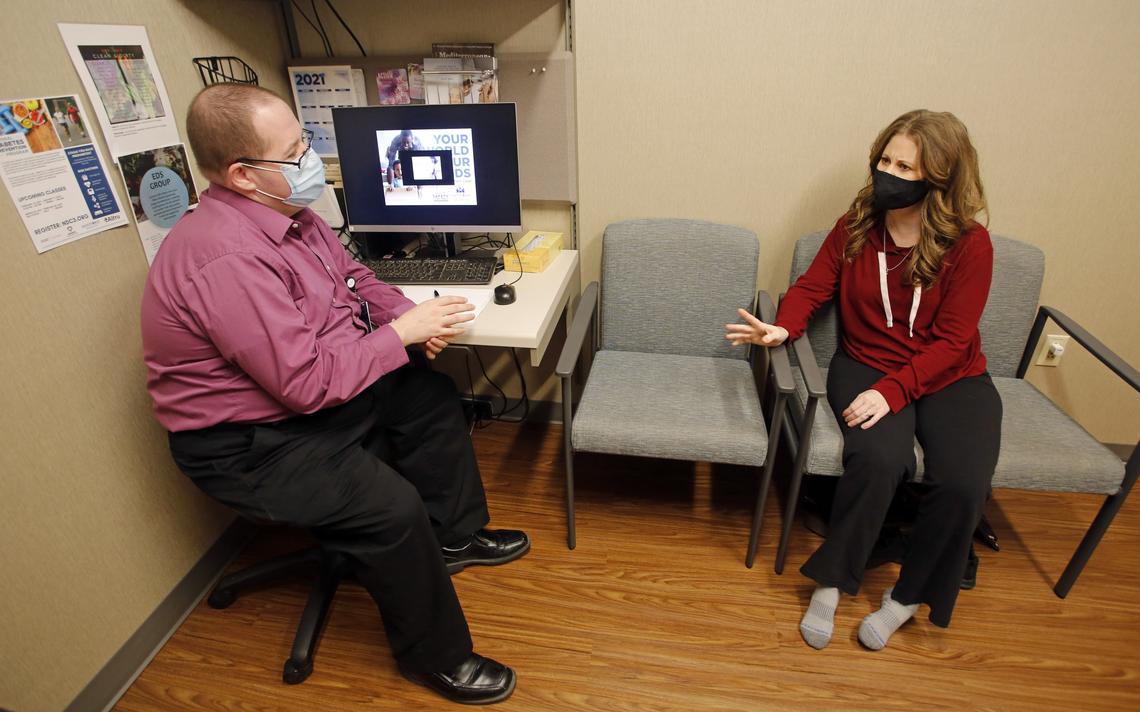 FARGO — Like millions of Americans, Christina McNeal has been fortunate to make it through a COVID-19 infection, but don’t assume she’s “recovered” in the usual sense of the word.

The 41-year-old West Fargo woman has been coping with a series of odd neurological symptoms since her illness last October.

The most frightening: an almost state of paralysis, where she couldn’t move anything but her eyes and mouth for brief periods of time.

While that symptom has passed, McNeal is left with numbness and tingling in her limbs.

“I am recovered, but five months later I’m still in a position where I have extreme neurological difficulties that nobody can tell me will ever go away,” she said.

McNeal is among a growing group of people still suffering long after their infection is over.

The umbrella term is post-COVID syndrome, with survivors often referred to as “long-haulers.”

After several emergency room visits and multiple medical appointments with nearly a dozen different doctors, McNeal has found something that helps.

Joshua Skufca, a doctor of osteopathic medicine, said he’s treating a half dozen patients who have post-COVID syndrome.

“I haven’t gotten anyone completely free of the symptoms yet, but they’re improving,” he said.

‘Spells’ and ‘pins and needles’

McNeal’s saga began in mid-October of 2020, when she was diagnosed with the virus.

While her symptoms included fatigue, headache, and chest pain, she was still able to be there for her husband and two children, ages nine and seven.

She felt run down and “yucky” but didn’t consider her case a serious one, and other family members who also came down with the virus got better without complications.

Just a day or two after coming out of quarantine, however, something weird happened.

McNeal had a “spell” where she lost control of motor function. Fortunately, she was seated when it happened.

She thought she may have just overdone things, because she’d just gone back to her job as a hairstylist after being sick.

Four days later, it happened again, and that cycle would repeat itself for more than two months.

Each episode lasted from five to 30 minutes, and each time, she had prior warning with extreme lightheadedness and odd sensations in her arms and legs.

The problem now is constant paresthesia, a medical term for that “pins and needles” feeling in the arms, hands, legs or feet when they’re numb.

McNeal needed a wheelchair to get around for a while, then a cane to help her walk.

Even still, she has to focus on planting each foot flat on the ground, and if she looks off to the side while walking, she loses her balance.

McNeal is also plagued by memory and cognitive problems, mostly later in the day when she’s tired, she said.

Doctors ruled out multiple conditions, including stroke and multiple sclerosis, by doing scans of McNeal’s brain, spine, heart and lungs and other tests.

All agreed, she had post-COVID syndrome, but since it’s such a new phenomenon, there aren’t medically proven remedies.

Physical therapy helped her regain mobility, but other treatments, including hyperbarics, electrical nerve stimulation, specialty diets and medication did not help, McNeal said.

The hands-on technique used by osteopathic physicians involves stretching, gentle pressure and resistance on a patient’s muscles and joints.

Skufca said the aim is to remove obstacles to movement and healing, and provide pain relief at the same time.

Receiving the treatment every two weeks has put McNeal on a better path.

McNeal gets frustrated when people say she can’t be sick because she doesn’t look sick.

She wants people to take COVID-19 and the plight of long-haulers seriously.

“This virus is leaving people with long term damage that may or may not ever be healed,” she said.