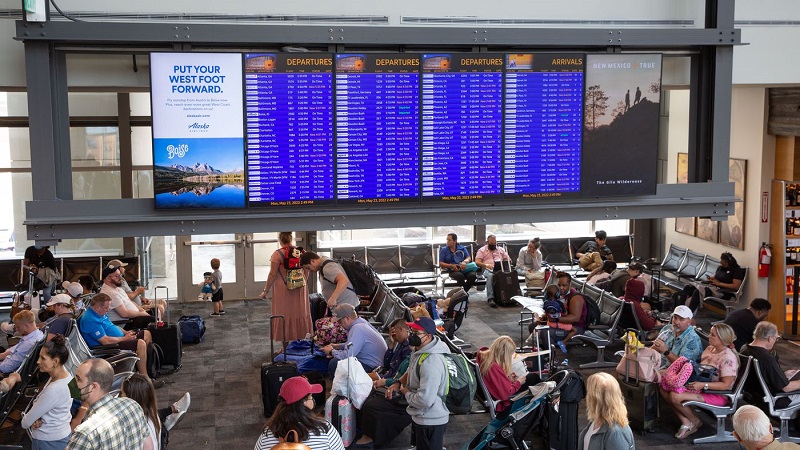 “We weren’t immune to it. We had a number of flights that were canceled last week and of course, a number that was significantly delayed and or then later canceled because of various reasons whether it was the rate of snowfall, like on Christmas day which I think turned out to be one of the busier days of the year for us. You know it was snowing at a rate that they couldn’t de-ice near the gate area. They had to be escorted out towards the end of the airfield,” said Fargo Airport Authority Executive Director Shawn Dobberstein.

Dobberstein claims that weather-related cancellations and delays at the airport had an impact on “hundreds” of passengers.

“We never closed the airport. We did drop below minimums a few times, which aircraft need a half mile to land and a quarter mile to take off, so we were hovering at or just below minimums for a few hours throughout this storm period over the last week but didn’t close,” said Dobberstein.

Due to Southwest Airlines’ lack of service to Hector International, he claims that operations at the airport are not being negatively impacted.

Dobberstein participated in AM 1100’s “What’s on Your Mind” program. The Banner.

Hours at the Fargo Public Library to change in 2023