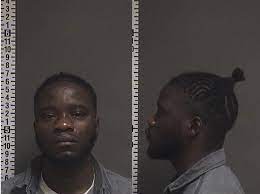 FARGO, N.D. — Fargo Police say a wanted man turned himself in and is now charged with attempted murder.

30-year-old Pajebo Duncan of West Fargo is accused of stabbing a person and running them over with a vehicle at Love’s Travel Stop in Fargo.

It happened shortly after 10:30 Monday night.

The victim’s injuries don’t appear to be life threatening.

Police were looking for Duncan, but say he turned himself in late Wednesday.