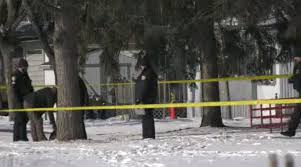 Fargo Police have identified a vehicle that Oliver Tye may be traveling in.

Tye is being sought in connection with a shooting Sunday at The Arbors. He’s wanted for attempted murder, aggravated assault and reckless endangerment.

Tye may be driving a white 2009 Hyundai Sonata with ND 091 DHL plates.  Police say Tye should be considered armed and dangerous.

Police earlier arrested Jerome Koon in the shooting, which left Koon’s 24-year-old girlfriend in the hospital with non life-threatening injuries.

Police say anyone with information about Tye’s whereabouts or his vehicle should contact law enforcement immediately.

Man arrested for using a can of hairspray as a flamethrower