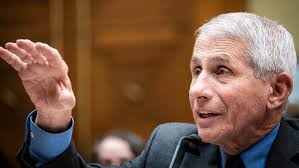 WASHINGTON — President Donald Trump on Wednesday night, March 11, suspended most travel from continental Europe to the United States and vowed emergency aid to workers and small businesses as the World Health Organization declared the coronavirus a global pandemic, stock markets plunged further and millions of people cut themselves off from their regular lives.

In a prime-time address from the Oval Office, Trump outlined a series of measures intended to tackle the virus and its economic effect as he sought to reassure Americans that he was taking the crisis seriously after previously playing down the scope of the outbreak. He said he would take unilateral action to halt most air travel from Europe other than Britain for 30 days and asked Congress to support measures like a payroll tax cut.

“The virus will not have chance against us,” Trump declared in his 10-minute speech, reading from a teleprompter in an uncharacteristically impassive tone. “No nation is more prepared or more resilient than the United States.” He called on his critics to come together behind his plan to address the outbreak. “We are all in this together,” he said. “We must put politics aside, stop the partisanship and unify together as one nation and one family.”

The president’s address came as the virus sent stock markets deeper into a meltdown, prompted the NCAA to bar crowds from its iconic March Madness annual basketball tournament and forced the NBA to suspend its season altogether after one of its players tested positive. Schools, universities, businesses, theaters and sports stadiums shut their doors. And actor Tom Hanks announced that he and his wife, Rita Wilson, had been infected with the virus.

The cascade of announcements felt like a turning point in the crisis, when the real-world effect on people in the United States and around the globe came into stark relief. Ordinary life in many places will no longer be the same for the foreseeable future as society adjusts to a new reality that transforms everything including the global economy and everyday social interactions — not just in far-off places on newscasts, but in the community right at home.

Trump and other world leaders grappled for a way forward, but there was no clear end in sight as one of America’s top scientists, Dr. Anthony S. Fauci, predicted the outbreak would only grow worse. He spoke on the same day that India joined countries like China, Italy, Iran, Japan and Israel in imposing drastic travel limits. Italy went further by ordering almost all nonessential businesses to close, including restaurants, bars, cafes, beauty salons and most stores.

In Germany, Chancellor Angela Merkel warned that about two-thirds of her country’s population may eventually be infected, a prediction that rattled many in Europe and across the ocean.

With the virus now in more than 100 countries, the WHO cited the “alarming levels of inaction” in declaring a global pandemic, the first time it has used that designation since 2009. Although the term is largely symbolic, the decision to use it is a sign of the growing concern among public health officials about the failure to contain the virus, which has infected more than 120,000 people and killed more than 4,300 around the world.

“Pandemic is not a word to use lightly or carelessly,” Dr. Tedros Adhanom Ghebreyesus, the head of the WHO, said at a news conference in Geneva. “We cannot say this loudly enough or clearly enough or often enough,” he added. “All countries can still change the course of this pandemic.”

As of Wednesday evening, at least 1,240 people in 42 states and Washington, D.C., had tested positive for the coronavirus, according to a New York Times database, and at least 37 patients with the virus had died.

In New York, as in other world financial centers, already shaky markets fell another 5%-6%, officially putting them into bear market territory. In Washington, Fauci, the director of the National Institute of Allergy and Infectious Diseases, warned that the escalating outbreak should prompt organizations to scrap large gatherings.

“The bottom line: It is going to get worse,” he said at a congressional hearing. “We would recommend that there not be large crowds,” he added, citing as an example National Basketball Association games.

Hours later, the NBA announced that a member of the Utah Jazz tested positive shortly before the tipoff of Wednesday night’s game against the Oklahoma City Thunder. The game was promptly canceled and the NBA called off the rest of its games “until further notice,” adding, “The NBA will use this hiatus to determine next steps for moving forward in regard to the coronavirus pandemic.”

Trump and other world leaders struggled to get ahead of the situation without a clear path forward. A day after he called for calm and assured Americans that the virus “will go away,” Trump declared Wednesday that he was “fully prepared to use the full power of the Federal Government” to confront the virus. But by early evening, he was still at loggerheads with congressional leaders over how to respond.

Governors chose not to wait for Washington. Gov. Andrew M. Cuomo of New York said that the state-run university system and the City university and colleges, with about 700,000 students, would shift primarily to online classes starting March 19.

Gov. Jay Inslee of Washington state, where 29 coronavirus patients have died, banned any gatherings of 250 or more people in three counties, while Seattle’s schools will close Thursday for two weeks. Gov. Andy Beshear of Kentucky urged churches to cancel services this weekend, a major cultural moment in a state with a deeply religious population.

The future for Americans might be seen in the developments overseas where countries even without major outbreaks have taken drastic action. France barred visits to retirement homes. Iraq and Lebanon canceled Friday prayers. Greece and Ukraine are closing all schools, universities and kindergartens. Hungary is closing universities and theaters. Poland is closing theaters, museums and art galleries. And Denmark is suspending naturalization ceremonies because a handshake is officially required for their completion.

With the worst outbreak in Europe causing more than 800 deaths, Italy has already all but ordered its entire population to stay at home. The government reported a jump of 2,000 more infections Wednesday, to a total of more than 12,460. “Today, the red zone is Italy,” former Prime Minister Matteo Renzi said, but if containment fails, “the red zone will be Europe.”

Merkel’s warning that so many Germans might carry the virus was her first public appearance addressing the outbreak in a country with 1,600 infected. “Given a virus for which there is no immunity and no immunization, we have to understand that many people will be infected,” she said. “The consensus among experts is that 60 to 70% of the population will be infected.”

She added: “How we respond matters. We are playing for time.”

Merkel’s counterpart in France — which has about 2,300 confirmed cases — President Emmanuel Macron, was equally grim after a meeting where European leaders decided to set up a $28 billion investment fund but failed to overcome disagreements about sharing medical equipment like face masks and respirators. “What we are living is a true world crisis,” he said.

India, the world’s second-largest population, has confirmed just 60 cases, but it suspended virtually all visas to enter the country until April 15. Organizers of the Summer Olympics in Tokyo repeated that they still planned to hold the games in late July despite a suggestion by a member of the local committee that it delay for a year or two.

The toll of the health crisis on the economic prospects of the United States and other countries was clear by the time markets closed Wednesday afternoon. The S&P 500 closed 19% down from its peak last month, and the Dow Jones industrial average 20% down from its peak, officially ending the 11-year bull market that began after the financial crash of 2008.

Trump huddled with advisers and banking executives to discuss a plan forward after congressional leaders reacted coolly to his suggestions for a payroll tax cut.

With the White House and Democrats divided over what a broader economic stimulus package should look like, the two parties appeared to be coalescing around the idea of a narrower short-term bill focusing on paid leave, enhanced unemployment insurance, food assistance and help for small businesses.

That would defer a much more contentious discussion over other economic measures, like tax cuts and rescue plans for affected industries, until after Congress returns from a weeklong recess.

At the same time, Treasury Secretary Steven Mnuchin said he would recommend to Trump that the Internal Revenue Service delay tax payments without penalty or interest for “virtually all Americans other than the super-rich.”

It fell to Fauci and other health officials to sound the alarm that Trump seemed unwilling to voice himself. “We must be much more serious as a country about what we might expect,” Fauci told the House Oversight and Reform Committee. “We cannot look at it and say, ‘Well, there are only a couple of cases here, that’s good.’ Because a couple of cases today are going to be many, many cases tomorrow.”

Dr. Robert R. Redfield, the director of the Centers for Disease Control and Prevention, said that “this is the time for everyone to get engaged.”

The hearing quickly devolved into a partisan fight over the Trump administration’s response to the outbreak. Democrats assailed the president for a slow response and misleading statements, while Republicans said Trump’s critics were trying to score political points.

“The 24/7 criticism the president is undergoing is unwarranted at a minimum,” said Rep. Mark Green, R-Tenn.

Rep. Gerald E. Connolly, D-Va., held up a picture of the president wearing a campaign hat while visiting the CDC. “We will not be lectured about politicization, and all of your words and sanctimony will not cover up the fact that this administration was not prepared for this crisis