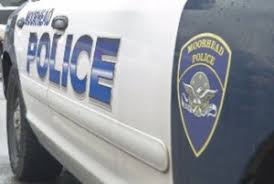 MOORHEAD, Minn.  – One person was injured in a shooting in south Moorhead Friday afternoon.

Officers were called to the 1900 block of 41st Ave. S. for a reported accidental shooting. Upon arrival, officers located an 18-year-old male who had received a single gunshot wound to his lower abdomen.

A small-caliber rifle, was located on the scene. The victim was transported to Essential Health by FM Ambulance Service.

S.G. Reinertsen Elementary School went into lockdown during the K-9 search of the area. Officers were also placed in the area of the school as a precaution.

Police say the person responsible has not been located, and the incident is under investigation.