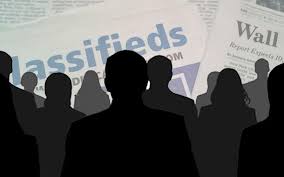 FARGO — The number of people in North Dakota filing unemployment claims last week topped 12,000, more than double the number from the previous week, which also saw an unprecedented climb.

Claims started soaring the week that ended on March 21, when 5,976 people filed for benefits in North Dakota. The week prior, which ended on March 14, saw just 521 claims filed.

Unemployment numbers have been climbing nationally since measures started being put in place to curb the spread of the coronavirus.

More than 6.6 million Americans applied for jobless benefits last week, smashing a record set the week before, when about 3.3 million people filed for unemployment, the U.S. Department of Labor said in a statement released Thursday.

Quarantine Required for North Dakota Residents Returning from International Travel or Travel to States with Widespread Coronavirus (COVID-19) Disease; Additional Recommendations for Anyone Traveling to N.D.