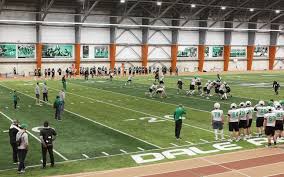 The Bison, who swept UND last season, was picked to finish fifth in the Summit League while UND was predicted sixth.

The Bison were paced by Alexis Bachmeier, who finished with 17 kills and four service aces. Syra Tanchin and Allie Mauch added 14 and 12 kills, respectively.