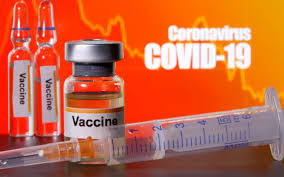 U.S. officials prepared to begin inoculating Americans against the novel coronavirus by mid-December as another global drug company on Monday announced promising trial results toward a vaccine, providing hope as the pace of infections accelerated.

The head of the U.S. campaign to rapidly deploy a vaccine said on Sunday that U.S. healthcare workers and other high-risk people could start getting shots within a day or two of regulatory consent next month.

“Within 24 hours from the approval, the vaccine will be moving and located in the areas where each state will have told us where they want the vaccine doses,” Slaoui told NBC’s “Meet the Press.”

“So I would expect, maybe on day two after approval on the 11th or 12th of December, hopefully the first people will be immunized across the United States,” he said on CNN’s “State of the Union.”

Pfizer says its vaccine was 95% effective against infection from the highly contagious respiratory virus.

Other pharmaceutical companies progressing toward a vaccine include Moderna Inc, which is expected to seek separate approval later in December.

The latest breakthrough came on Monday as British company AstraZeneca said its vaccine could be 90% effective without any serious side effects, giving the world another important tool against the pandemic and one that is potentially cheaper to make, easier to distribute and faster to scale up than those of rivals.

The vaccine was 90% effective in preventing COVID-19 when administered in two different doses a month apart, late-stage trials showed.

In the United States, the first people to receive the Pfizer vaccine would likely include doctors, nurses and front-line emergency medical personnel, as well as those at the highest risk of severe illness and death from the virus, Slaoui said.

With many Americans traveling and potentially increasing their risk ahead of the Thanksgiving holiday on Thursday, the United States has surpassed 12 million infections and the death toll has climbed to more than 255,000 since the pandemic began.

Coronavirus hospitalizations have surged nearly 50% over the past two weeks as the pace of new infections quickened.

The crisis has prompted state and local government leaders nationwide to reimpose restrictions on social and economic life.

Nevada’s governor, diagnosed with COVID-19 himself earlier this month, said on Sunday he was tightening coronavirus restrictions on casinos, restaurants and bars, while imposing a broader statewide mandate for face coverings over the next three weeks.

“Whether you believe in the science of COVID or not, the reality is this – COVID is filling up our hospital beds, and that threatens all Nevadans,” Democratic Governor Steve Sisolak, 66, said as he announced a new “statewide pause.”