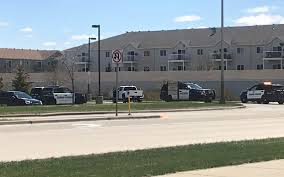 On Tuesday, April 28, Fargo Police were dispatched to the 1400 block of 35 St. S. for a large fight involving around 12 people.

Fargo Police say the case is pending charges with the State’s Attorney’s Office.

Fargo Police looking for missing teen and her baby