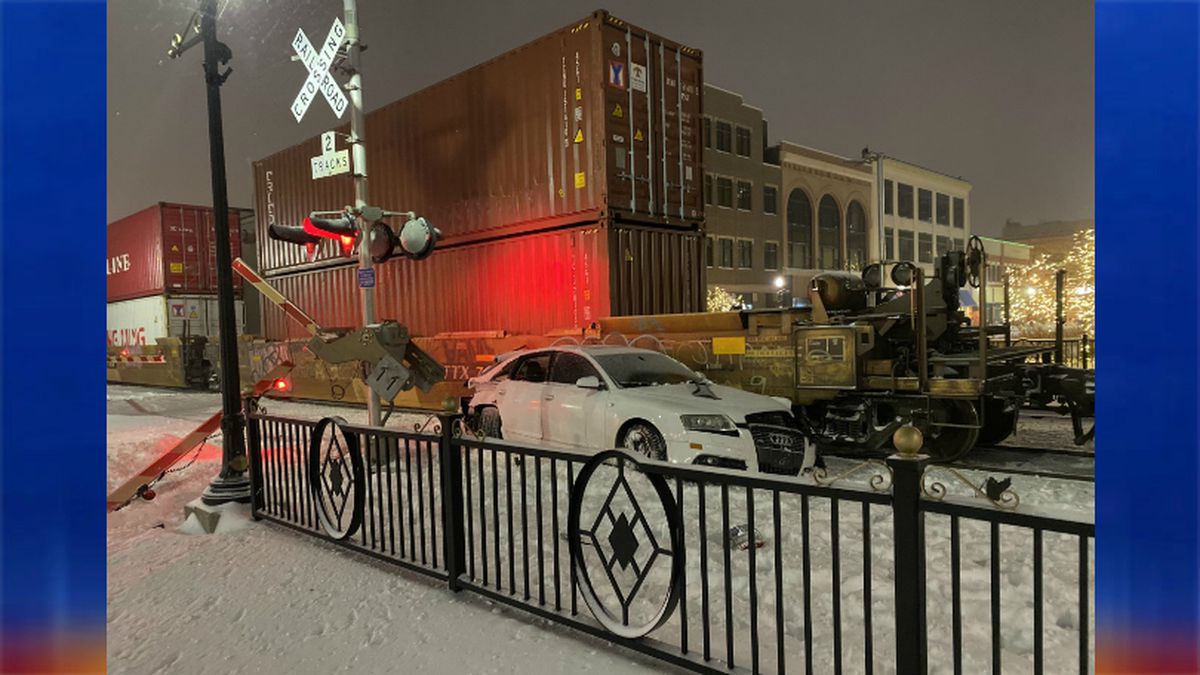 (Fargo, ND)  —  No injuries are being reported in a Fargo crash between a car and a train.  Fargo Police say the vehicle was hit by a train last night and went under the crossing arms on Roberts Street North.  Witnesses say the driver and passenger got out of the car and ran from the scene. Fargo Police says this may be related to a disturbance call at the Empire Tavern that was made a short time after the crash. Two people are being detained in that incident.