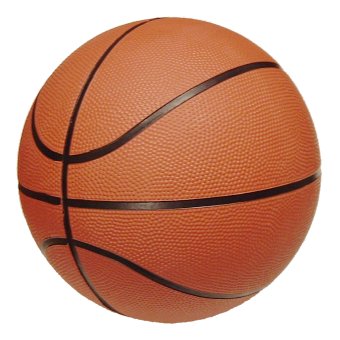 Fargo, ND  – The Oakes Tornadoes boys’ basketball team lost a heartbreaker to the Oak Grove Grovers Friday night 110-108 in double-overtime.  Steele Hansen hit a three-pointer for the Tornadoes as time expired to bring the final margin from five to two.

On top of the game itself being exciting throughout, one senior from each team reached 1,000 career points for their school nearly simultaneously.  Noah Swenson hit a three-point shot in the second quarter, which sent the crowd into an eruption.  After a timeout shortly after, the reason became clear, as the shot put Swenson over the 1,000 point mark.  Play stopped during the timeout, as Swenson was presented with a commemorative basketball and pictures were taken.

The next play, Garret Meehl made a layup and was fouled, and play stopped again while Meehl was given the exact same treatment as Swenson several moments before.  In a bit of irony, the two players both fouled out in the fourth quarter in exactly the same way.  Swenson had to intentionally foul, as the Grovers were losing, and picked up his fifth foul, forcing him out of the game.  After the Grovers got the ball back, Meehl attempted to block a shot and picked up his fifth, also having to leave the game.

The game was close throughout, as the Grovers led 21-18 after the first quarter, and the Tornadoes led at half and after the third quarter, 42-37 and 59-58, respectively.  The Tornadoes started to build a lead in the fourth quarter that looked like it would seal the game, including leading by seven points with less than two minutes left.

Rather than hold the ball and run the clock, forcing the Grovers to foul, the Tornadoes kept running and attacking, missing several shots within the first 10 seconds of the shot clock and turning the ball over multiple times.  The game hit its first climax once sophomore Rylee Bakkegard was fouled and went to the free throw line for the Grovers, trailing by four with less than 10 seconds left.  Bakkegard made the first free throw then missed the second, and the Grovers got an offensive rebound, down three.  Bakkegard got the ball back on the right wing and took an awkward three-point shot with a defender all over him.  Bakkegard’s shot went straight in with three seconds left, tying the game at 85 and sending it to overtime.

The Grovers outplayed the Tornadoes in the first overtime, building and holding a lead through the entire period.  Senior Mason Martinson, who made seven three-pointers in the game, was fouled with less than 10 seconds left and went to the line for the Grovers with a two-point lead.  Martinson made both free throws, but junior Josiah Deitz was called for a lane violation on the second shot, so it did not count.

Only down three, Hansen brought the ball up for the Tornadoes trying to find space to fire a three.  As the defense collapsed, Hansen shuffled the ball back to fellow senior Dalton Schmit about five feet behind the three-point line.  Schmit had no choice but to fire from there, and he drilled it as time expired to tie the game, sending it to double-overtime.

Senior Ashton Biesterfeld led all scorers with 37 points for the Tornadoes, including 22 in the fourth quarter and overtime periods.  Meehl had 26, Hansen had 23, and Schmit had 16.  For the Grovers, Martinson led the way with 27 points, and he was ably supported by Bakkegard and Trevon Rodriguez with 19 each, Swenson with 17, Deitz with 14, and Cody Card with 12.

Woman arrested in death of toddler in Fargo