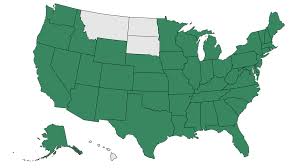 FARGO, N.D. —  North Dakota, South Dakota and Hawaii are the only states that do not recognize Juneteenth, also known as Emancipation Day, as a holiday.

Democrat Shelley Lenz, who is running for governor, says it is time to make it a holiday.

In a statement, Lenz said, “Governor Burgum should have for the past three years been proactively working to enact laws that will improve the quality of life for all North Dakotans and demanding meaningful reform to advance racial equity and justice.”

A spokesman for Burgum says he clearly supports recognition of Juneteenth and would consider a bill to make it a holiday should the Legislature bring that forward.

State Sen. Tim Mathern of Fargo, a Democrat, said he’ll propose a bill in the next session to make Juneteenth a state holiday