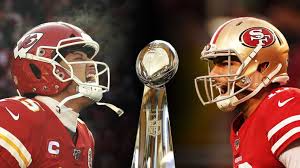 The divisional round of the NFL playoffs is over, and we are one step closer to a Super Bowl. Next comes the NFC and AFC championship games. After 19 weeks and 266 games, we’ve gone from 32 teams to just four. In the NFC, it will be the Green Bay Packers versus the Tampa Bay Buccaneers, while the AFC pits the Buffalo Bills against the Kansas City Chiefs. Let’s take a look at look at how we got to this point and what to expect from these four teams.

First up in the AFC we’ll focus on the Buffalo Bills. Buffalo is a story you can appreciate no matter what team you support. Before this postseason run, they were a team who hadn’t had a playoff victory since the 1995 wildcard game.

Head coach Sean McDermott has built a strong culture in Buffalo since taking over in 2017. His defensive mind has given them a mid-tier defense, but the other side of the ball is what’s really impressive. Quarterback Josh Allen and wider receiver Stefon Diggs have become one of the best duos in the league. Allen (2nd team) and Diggs (1st team) were both received all-pro honors for the first time in their careers this season.

The defending champs await Buffalo. This will be the third AFC championship in a row for the Kansas City Chiefs. The Chiefs have continued to appear unstoppable with mastermind head coach Andy Reid and half-a-billion-dollar man, Patrick Mahomes under center. That shouldn’t take away from the rest of the absolutely stack roster.

The Chiefs ended the season with one of the leagues top offenses and the number 11 ranked defense. However, tragedy struck in last weeks game with Mahomes playing through lingering foot/toe injury much of the game and then going out for a concussion later on. Luckily, his backup, Chad Henne, was able to seal away the game in the final minutes. Currently, Mahomes status for this weekend is very much up in the air.

Without Mahomes, the Buffalo Bills chances increase substantially. There defense may be strong enough to shut down the now damaged offense of the Chiefs. If Josh Allen can get past the Chiefs defense, it could be what gives them a victory. Andy Reid always has some trick up his sleeves and has lots of confidence in Henne. Let’s not forget only a few years back, backup quarterback Nick Foles hoisted the Lombardi Trophy.

Let’s now shift to the NFC championship matchup and the Tampa Bay Buccaneers. The Buccaneers are different team then they were last year. Tom Brady came to town instantly making Tampa Bay Super Bowl contenders. At the beginning of the season, they seemed to struggle coming together as one, but lately that seems to have changed. The Bucs are on a six-game win streak, and playing their best ball at the right time.

The Bucs have had a top ten defense and offense for a large part of the season making them a tough opponent on both sides of the ball. This will also be the 14th championship game of Brady’s career. He may be getting up there in age, but Brady should terrify Packers fans (and father time).

Speaking of the Packers, they have a quarterback of their own to terrify their opponents, Aaron Rodgers. This seasons likley MVP seemed to return to form after a few un-Rodgersesque seasons. He also has a strong supporting crew with one of the best offenses in the league. Their defense has also stepped up when called upon.

The NFC championship will likely come down to that Packers defense. The offense has been hot and tore through the LA Ram’s number one ranked defense, and should score enough to win. However, if Brady is able to force the game into the shootout, anything can happen.

The other factor going on the Packers side is home-field advantage. The lack of fans made home-field advantage a small deal this season. However, this is Lambeau Field in the winter, and it’s supposed to be cold. Tom Brady is used to the cold, playing almost all of his career in Boston, but he better hope the rest of his team has not gotten too used to the sunshine and warm weather of Florida.

Jared Porter’s tenure is over before it even starts