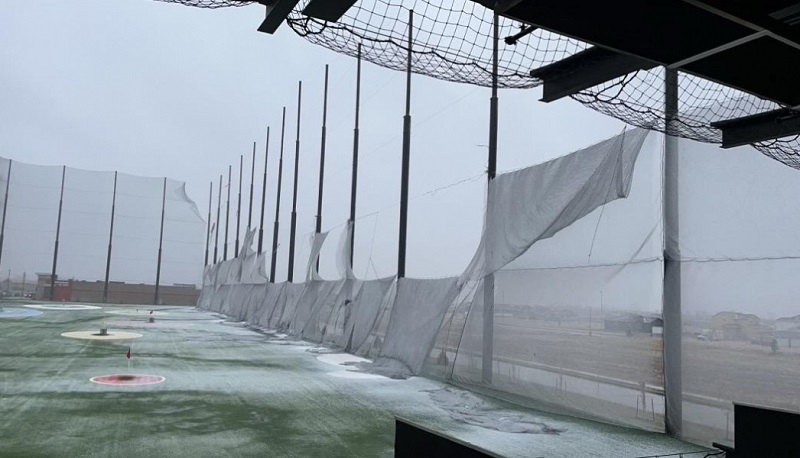 Fargo, North Dakota – Suite Shots’ outdoor golfing bays are back in full operation after being abruptly shut down by an ice storm in early November.

Following the reopening of the outdoor berths on Saturday, numerous customers discussed their experiences.

Due to an ice storm on November 10th, which removed the detachable clips from the netting towers and caused over 40% of the nets to fall with rips and splits in some areas, the bays had to be temporarily closed.

“They took the drivers and the long clubs out,” said one customer, who wished to remain anonymous, “It’s been good so far.”

Suite Shots made the decision to temporarily close the outdoor bays because to the ice storm, but the indoor amenities were unaffected.