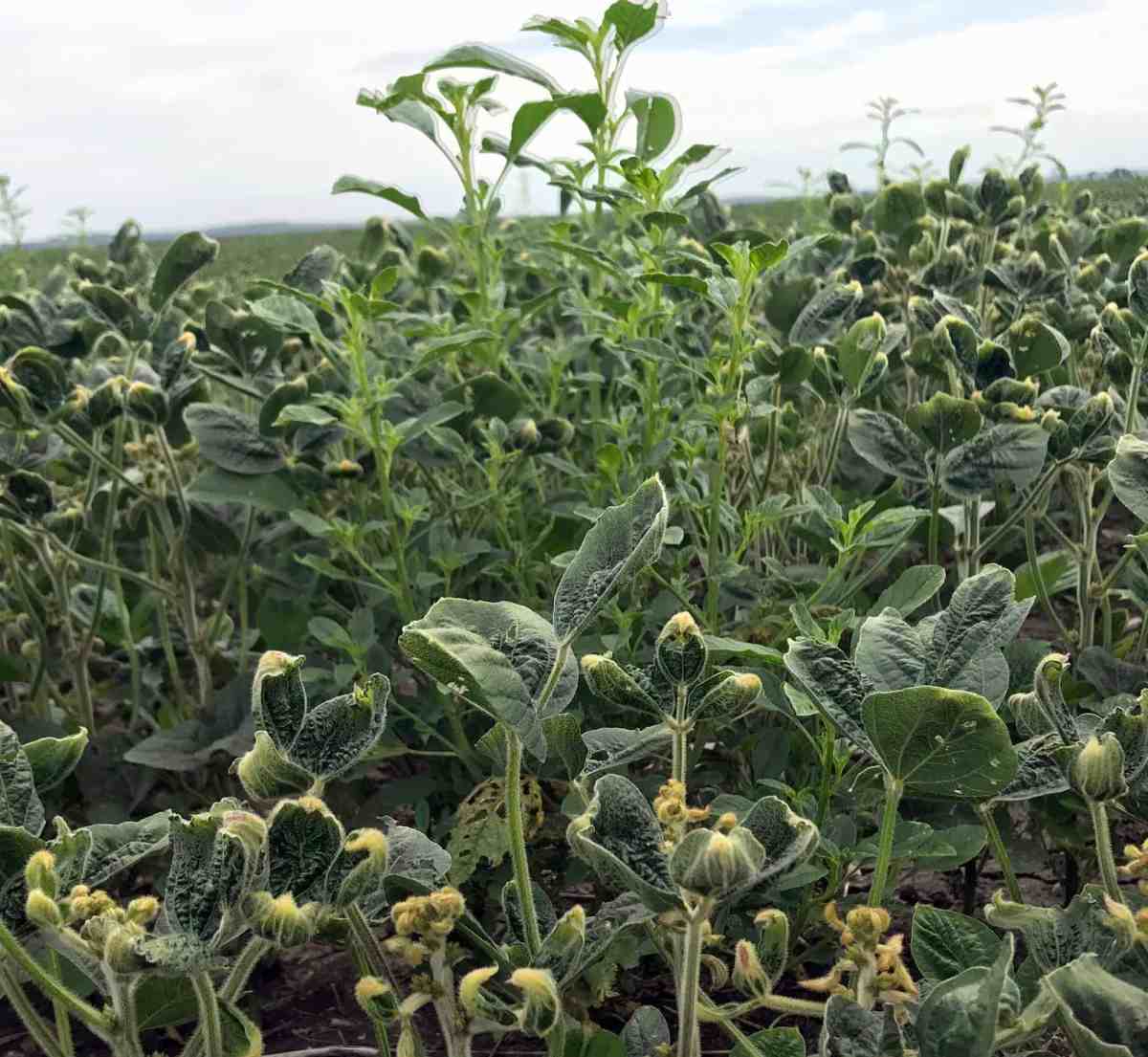 Researchers work to breed conventional soybeans to coexist in a dicamba system.

University of Missouri researchers are finding soybeans with a natural resistance to dicamba.

“We have been seeing a differential response to off-target dicamba damage within non-Xtend varieties either conventional or Roundup Ready,” says Caio Canella, a MU Ph.D. student who works as a soybean breeding research specialist at the university’s soybean breeding program.

“The hypothesis is that natural variation in the soybean genome is helping the plants recover from the initial exposure at a faster pace. We are now working on the molecular level to identify this variation and hopefully make them widely available to farmers soon.”

The discovery happened three years ago during the 2018 growing season at MU’s Fisher Delta Research Center in the southeast region of the state. Canella says it was a difficult year for soybean farmers dealing with dicamba drift.

“We were watching our plots, and we would see some varieties look completely trashed,” he explains. “But then the neighbor variety, literally, side by side, in the same environment, they would not show much symptoms. And we were wondering what’s going on? Is this real?”

They kept a watch in 2019, and researchers saw the same response. Some varieties that did not have the dicamba-resistant genes, such as conventional or Roundup Ready, were unaffected by dicamba drift.

To determine this was not just random observations, Canella and his colleagues began assessing and collecting data and plant samples from these seemingly natural dicamba-resistant soybeans.

They walked every soybean plot at five different locations in the southeast. They assessed soybean varieties and provided a score — zero for symptom-free up to five for extreme damage. What researchers found was varieties that scored a one and two in one location had a one and two in all locations, and the same for a four or five.

MU researchers tested hundreds of exotic soybeans from all over the world. They found side-by-side rows where some plants showed almost no symptoms with healthy leaves, and right next to them were plants with excessive damage.

Canella says the proof that genetics is affecting dicamba resistance in soybeans is in the mapping study. “When we cross a tolerant parent with a susceptible [parent], we see segregation for the trait. This is a very drastic indication that it’s genetics.”

Last year was an observation year for researchers. This year has been a confirmation year. “Hopefully, next year will be the year that we can identify what is the generic genetics causing that superior tolerance,” Canella says.

To get more precise into the soybean dicamba trait resistance, Canella used drones this year. Mounted with a multispectral camera, the drone sees differently than the human eye.

The group adjusted indexes with the drone maps to give soybean plants a visual score based on damage seen from the air. In their first year, the bluer a plant appears, or purple as it appears in the photo below, the more damage and less healthy it is. When it is shining bright yellow, it means the soybean plant is highly tolerant to dicamba.

Drones are used to capture footage of soybean plots exposed to dicamba in southeast Missouri. These images show the blue or purple colors on the left to be highly susceptible to dicamba, while the plants in yellow are healthy.

The goal is to be able to fly the drones and give a good estimate of the tolerance. Canella says MU will be repeating this process again next year to gain another layer of data on dicamba resistance.

Canella says the damage from dicamba is not merely cosmetic.

MU researchers assessed more than 1,000 different varieties for yield impact. “We’ve been seeing when exposed to dicamba throughout the season, from your neighbors or your own farm if you have both systems, you’re going to see yield loss,” Canella says.

Data shows soybeans without the dicamba-resistant trait that experience high exposure see up to 50% yield loss. Canella says this fact is why identifying the trait and then breeding soybeans that are naturally tolerant is so important.

“Imagine if you can have a high oleic conventional variety, but you also incorporate the resistance,” he says. “You can coexist with the Xtend system. If you’re able to coexist, it’s already a winning situation.”